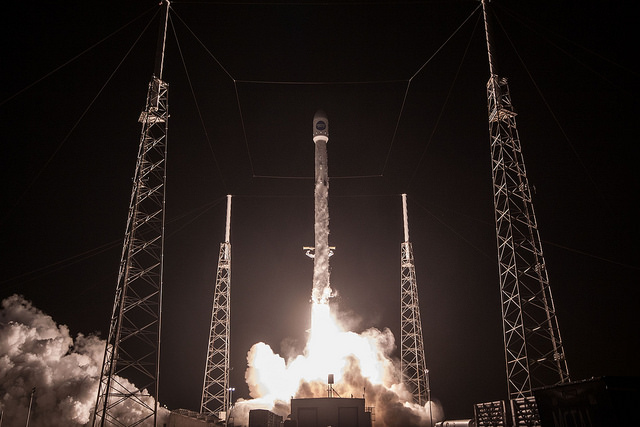 A SpaceX Falcon 9 rocket successfully launched the HISPASAT 30W-6 commercial communications satellite at 12:33 a.m. EST today from Launch Pad 40 on Cape Canaveral Air Force Station. Launch was originally scheduled for February 25 but was postponed to allow troubleshooting of a payload fairing pressurization issue. The rocket's first stage booster was not recovered, but it did, however, fire its landing burn engines which were visible several hundred miles away in a crystal clear sky. The booster was not expected to survive its ocean "landing". Recovery on a barge at sea was not possible due to high seas in the Atlantic Ocean which did not allow the landing barge to leave Port Canaveral over the weekend. This was a bit disappointing to SpaceX, as the first stage booster used in this launch was being flown for the first time. 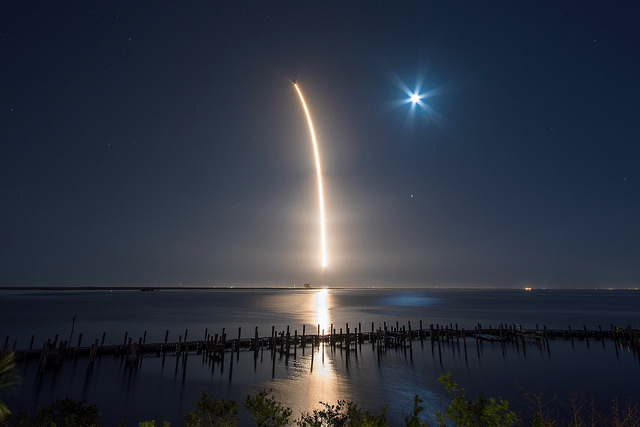 Built by Space Systems/Loral and having a design life of 15 years, HISPASAT 30W-6 is a commercial communications satellite operated by Madrid-based Hispasat, the world's leading provider in the distribution of Spanish and Portuguese content. The satellite will be deployed in a geosynchronous orbit at 30 degrees West and will offer a range of services, including television, broadband, corporate networking and other telecommunications products. It features 40 Ku band transponders, 6 Ka band beams and 10 C band transponders. HISPASAT 30W-6 will serve Europe, the Mediterranean, the Americas and northwest Africa. Fully fueled, the satellite weighed about 13,000 pounds at launch. Roughly the size of a city bus, SpaceX says this is the largest satellite they have ever launched. 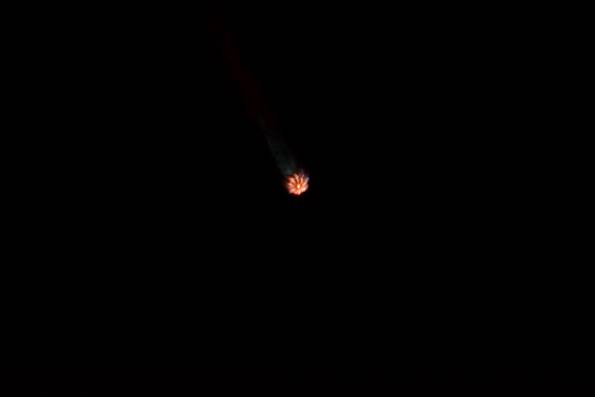 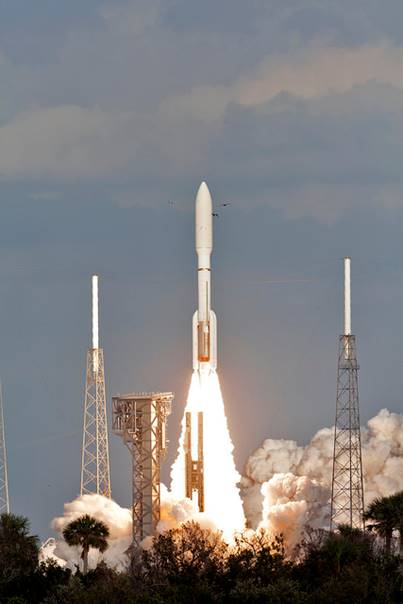 A United Launch Alliance Atlas V rocket successfully launched the GOES-S weather satellite at 5:02 p.m. EST today from Launch Pad 41 on Cape Canaveral Air Force Station. Launch was on time with no delays either to the launch date or launch time. The 197-foot tall Atlas V was launched in the Version 541 configuration, featuring a five-meter fairing, four solid rocket boosters and a single-engine Centaur second stage. The vehicle can produce over 2 million pounds of thrust at launch, and can carry a maximum 18,270-pound payload to Geostationary Transfer Orbit (GTO) or a maximum 38,400-pound payload to Low-Earth Orbit (LEO). 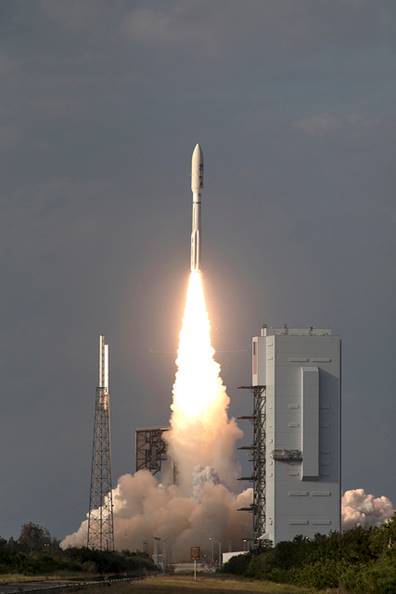 GOES-S is the second in the most sophisticated family of National Oceanic and Atmospheric Administration (NOAA) Geostationary Operational Environmental Satellites (GOES) known as the GOES-R Series. The first satellite in the family, named GOES-R, was launched from Cape Canaveral on November 19, 2016. The series is designed to provide advanced imagery and atmospheric measurements of Earth's Western Hemisphere, real-time mapping of lightning activity and improved monitoring of solar activity and space weather. GOES-R, renamed GOES-16 when it achieved geostationary orbit, serves as NOAA's operational GOES-East satellite. GOES-S, which will be renamed GOES-17 upon reaching geostationary orbit, will serve as NOAA's operational GOES-West satellite. The two satellites combined will be able to monitor from the west coast of Africa west as far as New Zealand. 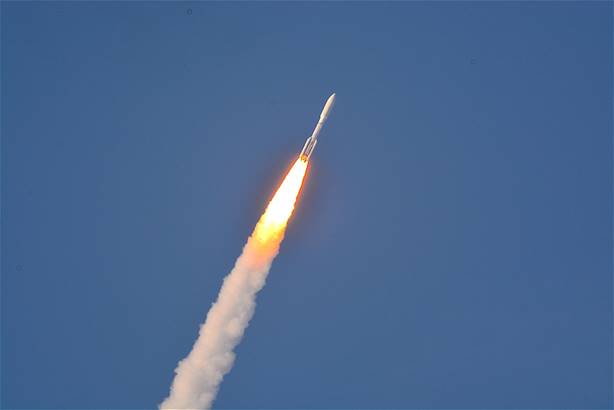 The GOES-R Series of satellites can scan the Earth five times faster with four times the resolution and three times the number of channels over previous GOES satellites, supporting more accurate and reliable forecasts and severe weather warnings. Images taken include weather patterns, hurricanes and severe storms updated as frequently as every 30 seconds. The satellites carry the first operational lightning mappers flown in geostationary orbit, providing data on both in-cloud and cloud-to-ground lightning in support of increased lead time for severe thunderstorm and tornado warnings. The satellites also host a suite of instruments that improve the forecasting and detection of approaching space weather hazards such as solar eruptions and magnetic field variations which could potentially disrupt power utilities, communication and navigation systems and cause radiation damage to orbiting satellites. 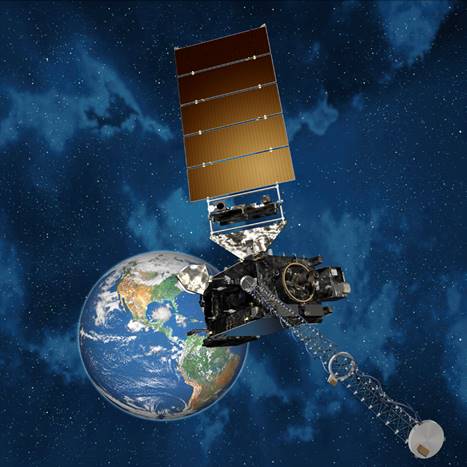 As GOES-West, GOES-17 will be positioned to monitor the western United States, Hawaii, Mexico, Central America, parts of South America and much of the Pacific Ocean. GOES-17 will also greatly improve geostationary coverage of Alaska and surrounding high-latitude areas. "Advertised" advantages of GOES-17 include more and better data covering the northeastern Pacific Ocean where many of the weather systems affecting the continental United States originate, better fire detection and intensity estimation, improved detection of low clouds and fog, improved tropical cyclone track and intensity forecasts, advanced monitoring of atmospheric river events that may cause flooding and mudslides, better monitoring of smoke and dust, improved air quality monitoring as well as support of improved transportation safety and aviation route planning.