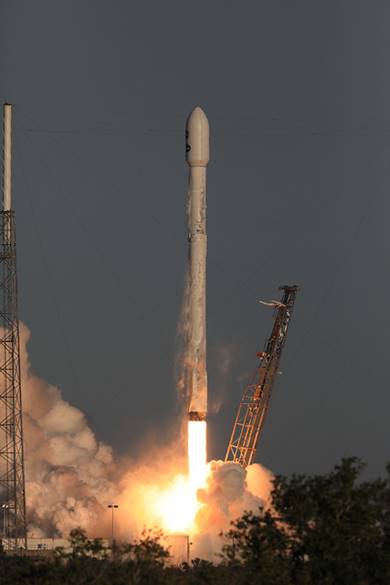 A SpaceX Falcon 9 rocket successfully launched the Transiting Exoplanet Survey Satellite (TESS) for NASA at 6:51 p.m. EDT today from Cape Canaveral Air Force Station Launch Pad 40. Launch was delayed two days to give engineers time to study issues related to the rocket's guidance, navigation and control system. TESS is scheduled to fly by the Moon on May 17 and use the body as a slingshot toward its ultimate High-Earth Orbit, a highly elliptical orbit with a low point of 67,000 miles by a high point of 233,000 miles. TESS should be able to achieve its working orbit by mid-June. The Falcon 9 first stage booster launched today was successfully recovered on the "Of Course I Still Love You" drone ship located in the Atlantic a few hundred miles east of the Cape. 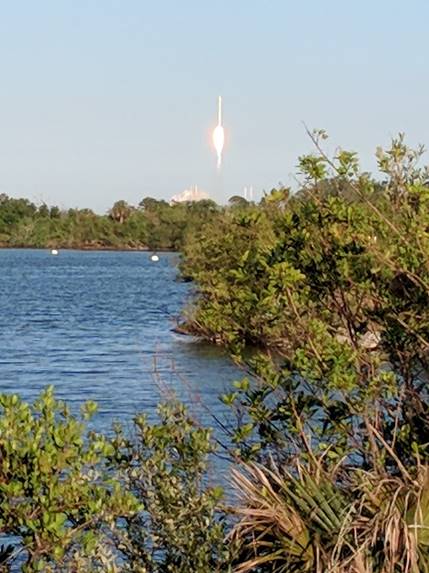 TESS is an Explorer-class planet finder. In the first-ever spaceborne all-sky transit survey, TESS will identify planets ranging from Earth-sized to gas giants, orbiting a wide range of stellar types and orbital distances. The principal goal of the TESS mission is to detect small planets with bright host stars in the solar neighborhood, so that detailed characterization of the planets and their atmospheres can be performed. 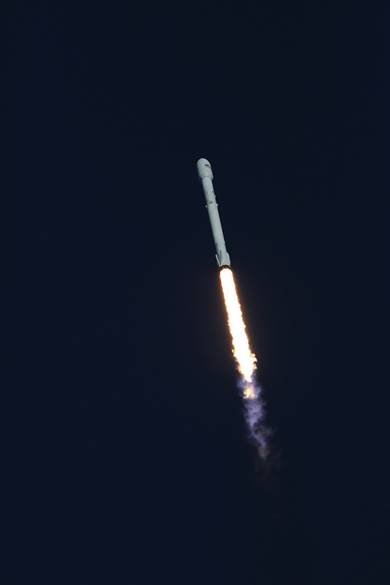 TESS will monitor the brightness of more than 200,000 stars during a two-year mission, searching for temporary drops in brightness caused by planetary transits. Transits occur when a planet's orbit carries it directly in front of its parent star as viewed from Earth. TESS is expected to catalog more than 20,000 transiting exoplanet candidates. TESS should provide prime targets for further, more detailed characterization with the upcoming James Webb Telescope, as well as other large ground-based and space-based telescopes in the future.

The legacy of TESS will be a catalog of the nearest and brightest stars hosting transiting exoplanets, which will comprise the most favorable targets for detailed investigations in the coming decades. TESS team partners include the Massachusetts Institute of Technology (MIT) Kavli Institute for Astrophysics and Space Research, NASA Goddard Space Flight Center, MIT Lincoln Laboratory, Orbital ATK, NASA Ames Research Center, the Harvard-Smithsonian Center for Astrophysics and the Space Telescope Science Institute. 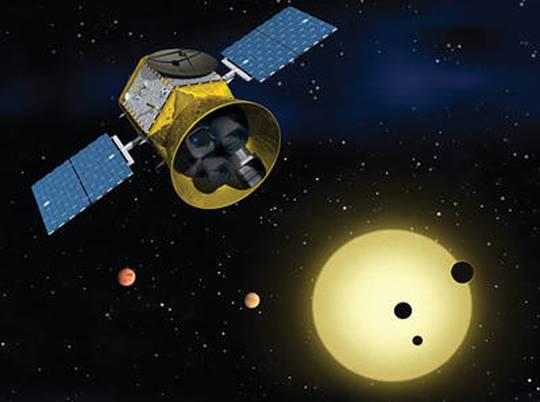 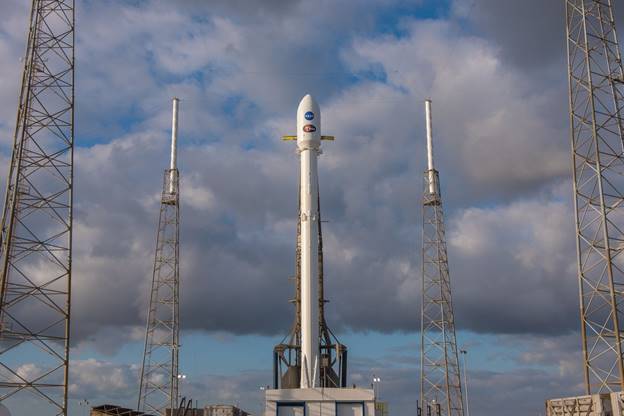 Launch of a SpaceX Falcon 9 rocket carrying the NASA Transiting Exoplanet Survey Satellite (TESS) payload previously scheduled for 6:32 p.m. EDT today has been scrubbed. SpaceX said a scrub was called to allow engineers to perform additional testing of the rocket's guidance, navigation and control system. Additional information was not released. Launch has been tentatively rescheduled for Wednesday, April 18 at 6:51 p.m. EDT. Launch will be from Launch Pad 40 on Cape Canaveral Air Force Station. TESS is a NASA satellite designed to locate planets orbiting stars in the solar neighborhood. A United Launch Alliance Atlas V rocket successfully launched the Air Force Space Command-11 (AFSPC-11) payload at 7:13 p.m. EDT today from Cape Canaveral Air Force Station Launch Pad 41. The Atlas V was launched in the 551 configuration, featuring a five-meter payload fairing, five solid rocket boosters and a single-engine Centaur second stage. This is the most powerful version of the Atlas V, capable of producing about 2.6 million pounds of thrust at launch. The ASPC-11 payload consists of two satellites sent directly to geosynchronous orbit, bypassing a geostationary transfer orbit typically employed in this type of mission. The satellites reached their proper geosynchronous orbit 22,300 miles above Earth about six hours after launch. 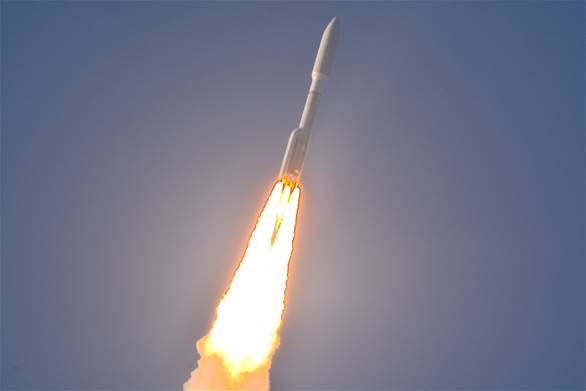 One of the more interesting EAGLE experiments is a small, free-flying satellite named Mycroft, after the brother of fictional sleuth Sherlock Holmes. Mycroft will be released and fly to a distance of about 21 miles from EAGLE, then return to rendezvous with EAGLE at a distance of about 3,300 feet. The experiment will study methods of surveying, cataloging and inspecting satellites in geosynchronous orbit. The AFSPC-11 mission is managed by Air Force Space Command, based at Los Angeles Air Force Base, California. The Dragon capsule launched today carries nearly 6,000 pounds of supplies, equipment and scientific research elements to crew members living and working aboard ISS. Scientific investigations carried will examine severe thunderstorms on Earth, the effects of microgravity on the production of high-performance products from metal powders, and growing food in space. Dragon also carries cargo for research in the National Laboratory, operated by the Center for the Advancement of Science in Space (CASIS), which includes testing of how the harsh environment of space affects materials, coatings and components, identifying potential pathogens aboard ISS and studying an antibiotic releasing wound patch. Specific scientific investigations include the Atmosphere-Space Interactions Monitor (ASIM) which from its perch outside the European Space Agency Columbus module will study severe thunderstorms and lightning in Earth's atmosphere and upper atmosphere. Metal Powder Fabrication will be studied by the NASA Sample Cartridge Assembly (MSL-SCA-GEDS) while the Testing of Materials in Space will be studied by the Materials ISS Experiment Flight Facility (MISSE-FF). The patching up of wounds with a patch containing an antimicrobial hydrogel that promotes healing and growth of regenerating tissue is carried and methods of developing drugs in space will also be studied.

Other CASIS experiments flown include Budweiser Barley Germination designed to test methods for growing barley in microgravity, Comparative Real-time Metabolic Activity Tracking, Genes In Space Education Program, as well as other scientific investigations. A small satellite to be deployed from ISS is also being carried. The RemoveDebris experimental satellite, built by British company Surrey Satellite Technology Limited, employs a net and a harpoon to capture space debris which will be hauled to burn up in Earth's atmosphere. The satellite will itself deploy two smaller satellites which will act as space debris targets. RemoveDebris will employ a dragsail to provide aerodynamic resistance in the upper atmosphere. The satellite should be deployed from ISS later this year.