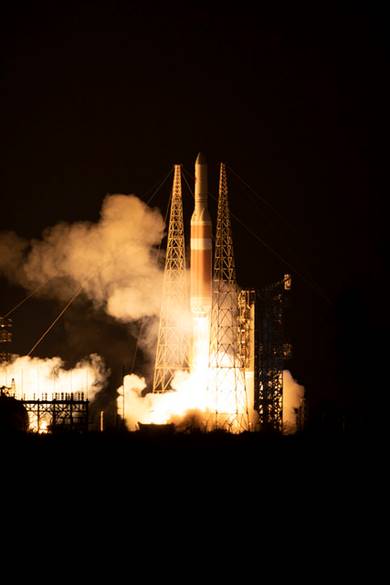 A United Launch Alliance Delta IV Heavy rocket successfully launched the Parker Solar Probe at 3:31 a.m. EDT today from Cape Canaveral Air Force Station Launch Pad 37B. Launch was delayed 24 hours due to a number of technical issues but today's launch occurred on time with no delays. Launch of the Parker Solar Probe marks the first time a spacecraft will travel to a star. The Parker Solar Probe will use seven Venus flybys over nearly seven years to achieve orbit of the Sun. At its closest approach, the spacecraft will hurtle around the Sun at about 430,000 m.p.h. which is the equivalent of traveling from New York to Tokyo in less than a minute. 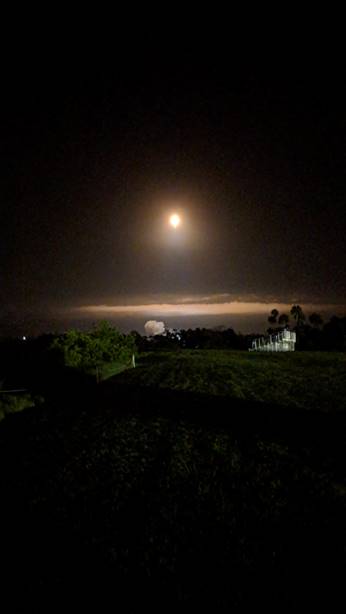 Parker Solar Probe will be immersed in the Sun's coronal plasma where temperatures can reach more than a million degrees Fahrenheit. However, the coronal plasma has such a low density that the actual heat transferred to the spacecraft will heat it to just around 2,500 degrees Fahrenheit. The spacecraft employs a 4.5-inch thick carbon-composite shield which will allow its instruments to function at a comfortable 85 degrees Fahrenheit. The spacecraft will make 24 orbits of the Sun over a period of 88 days. On its final three orbits of the Sun, the spacecraft will fly within 3.9 million miles of the solar surface, which is more than seven times closer than the current record holder for a close solar pass, the Helios 2 spacecraft, which passed within 27 million miles of the Sun in 1976. The Parker Solar Probe will employ four instrument suites designed to study electric and magnetic fields, plasma, energetic particles and will also create images of the solar wind. A primary spacecraft mission will be to aid our ability to forecast changes in Earth's environment caused by solar activity which may affect life and technology, such as interruption of satellite service. The spacecraft will also endeavor to answer the question as to why the solar atmosphere is much hotter than its surface. 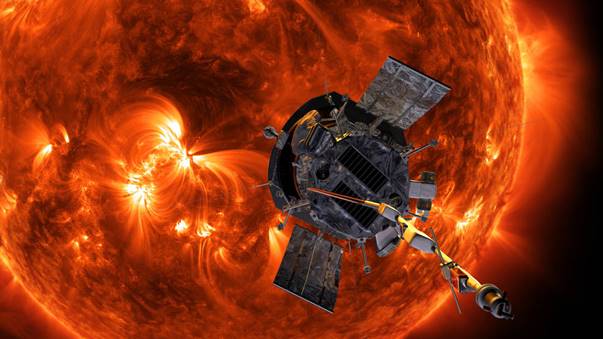 The Parker Solar Probe is named after scientist Dr. Eugene N. Parker, whose investigations pioneered our modern understanding of the Sun. This marks the first time a NASA spacecraft has been named for a living individual. Dr. Parker and members of his family were on hand at Cape Canaveral to view the launch. The Parker Solar Probe is part of NASA's Living With a Star program, managed by the NASA Goddard Space Flight Center in Greenbelt, Maryland for NASA's Science Mission Directorate in Washington, D.C. The Johns Hopkins University Applied Physics Laboratory provided the spacecraft for NASA. Scientific instrumentation is provided by the Naval Research Laboratory, Princeton University, the University of California Berkeley and the University of Michigan. 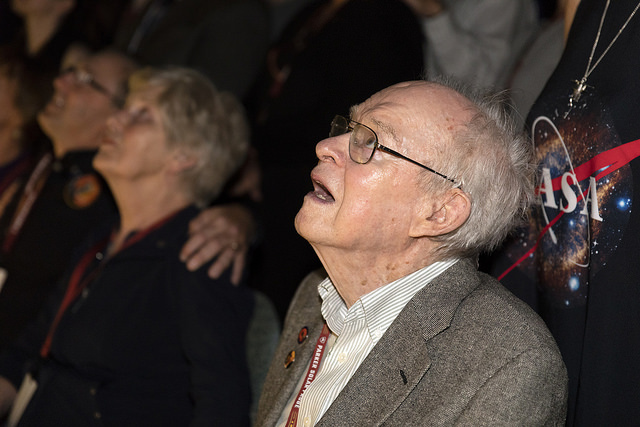 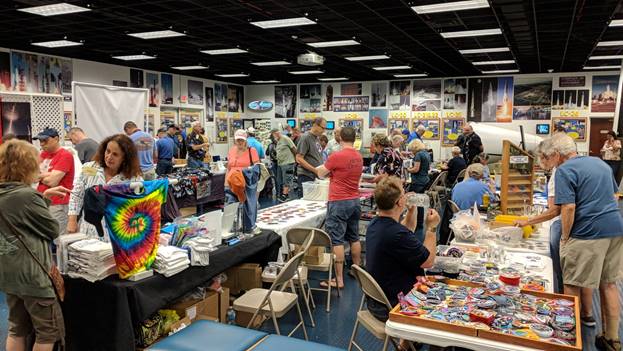 The Air Force Space and Missile Museum today hosted a Space Collectibles Show and Sale at the Sands Space History Center, located outside the southern gate to Cape Canaveral Air Force Station. About 20 vendors participated, showcasing and offering for sale everything from astronaut autographs, items flown in space, photographs, cache covers, toys and models, to ephemera of all kinds and descriptions. The annual event drew several hundred visitors, spending thousands of dollars on various space collectibles and memorabilia. While the Air Force Space and Missile Museum itself is located on restricted government property, the Sands Space History Center is open to the public. 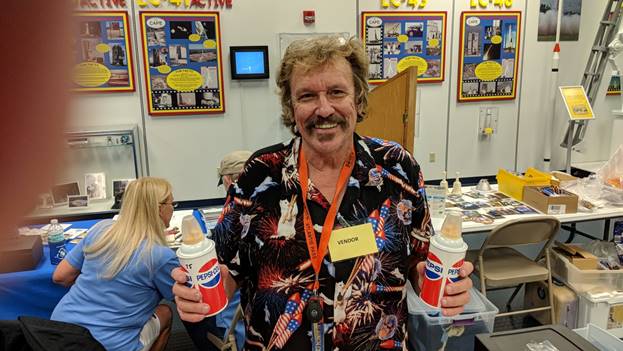 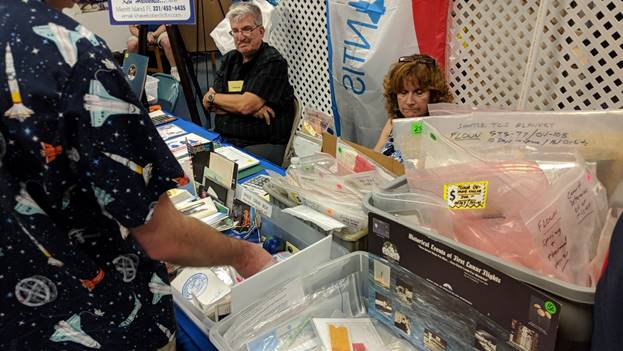 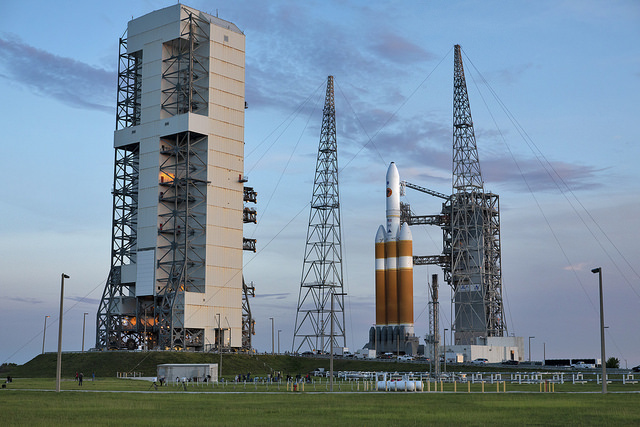 Today's scheduled launch of a United Launch Alliance Delta IV Heavy rocket carrying NASA's Parker Solar Probe has been scrubbed. Launch was scheduled for 3:33 a.m. EDT but was initially postponed to 3:53 a.m. EDT due to an unspecified technical issue. Launch was postponed again to 4:28 a.m. EDT due to an apparent ground system problem. The terminal countdown was halted at Launch Minus 1 minute, 55 seconds due to a gaseous helium regulator alarm. The 65-minute launch window closed at 4:38 a.m. EDT and did not leave enough room to evaluate and potentially resolve the problem and the launch was scrubbed. Launch has been rescheduled for Sunday, August 12 at 3:31 a.m. EDT again with a 65-minute launch window which closes at 4:36 a.m. EDT. There is officially a 60% chance that weather will be favorable to support a Sunday launch attempt. Launch will be from Pad 37B on Cape Canaveral Air Force Station. 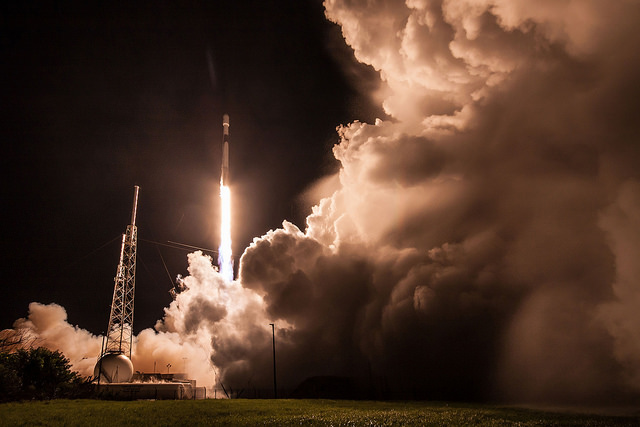 A SpaceX Falcon 9 rocket successfully launched the Merah-Putih satellite at 1:18 a.m. EDT today from Cape Canaveral Air Force Station Launch Pad 40. This marked the first re-flight of a Falcon 9 Block 5 first stage booster, designed to be launched as many as 100 times with periodic refurbishment. The first stage booster launched today was flown previously on the Bangabandhu-1 mission in May, 2018. The booster was successfully recovered with a landing on the "Of Course I Still Love You" drone ship located on the Atlantic Ocean several hundred miles east of the Cape. The Merah-Putih satellite was successfully deployed in a geostationary transfer orbit about 32 minutes following launch. 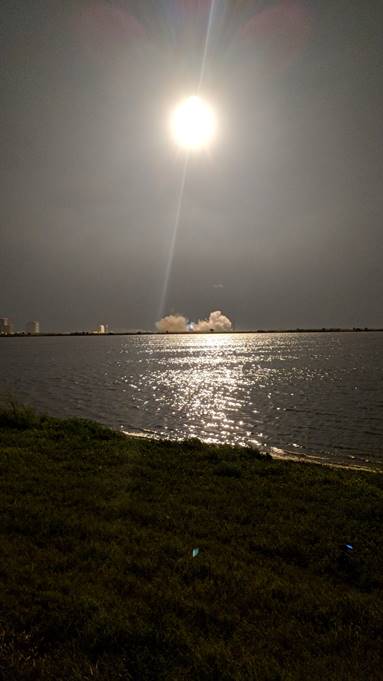 The Merah-Putih satellite will be guided to a geostationary orbit about 22,000 miles above Earth at an orbital position of 108 degrees east. Built by Space Systems Loral (SSL), Merah-Putih will be integrated into the PT Telkom Indonesia's network to provide service to Indonesia, South and Southeast Asia. Merah-Putih, standing for the red and white colors in the flag of Indonesia, carries C-band transponders which can support a wide variety of communications applications. The satellite has a design life of 15 years. PT Telkom is the largest telecommunications and network provider in Indonesia, providing services including fixed wireline connections, cellular services, internet and data communication. 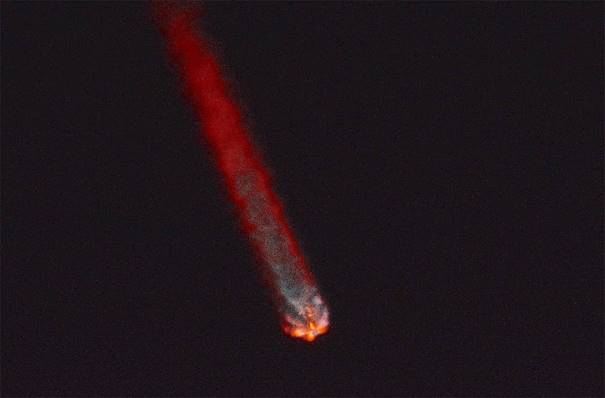