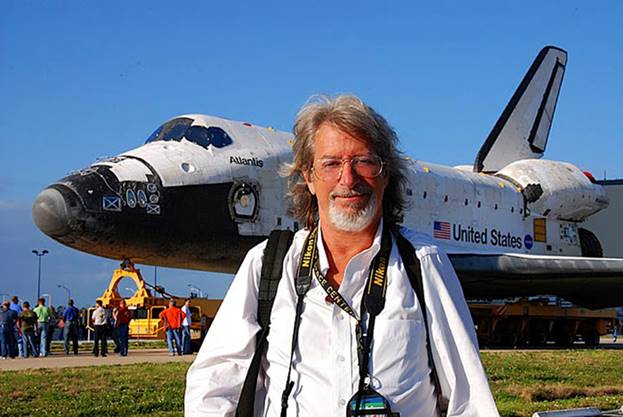 Spaceline gives a hearty welcome to veteran Cape Canaveral photographer Lloyd Behrendt, who joins our team as Staff Photojournalist, effective with today's Falcon 9 Nusantara Satu/Beresheet launch. He had been shooting for Spaceline as a freelance photographer since December, 2017. Lloyd has been shooting Cape launches since Apollo 14, with his first published work, that of the Apollo 17 launch, featured in the Melbourne Times on December 7, 1972. His roots in Cape Canaveral run deep. Lloyd's father, Lt. Col. Lloyd L. Behrendt, was the Air Force Weather Officer for the very first Cape Canaveral launch, Bumper #8, on July 24, 1950. Lloyd recalls viewing that historic launch as a child from the Patrick Air Force Base Officer's Club, definitely shades of things to come. Both as a staff and freelance photographer, Lloyd has shot over 500 manned and unmanned launches at the Cape. Many of his black and white images have been transformed into beautiful works of art as color photo oil paintings. Lloyd has published the book, "STS-135, Atlantis, Covering the Last Shuttle Ever", which features his artwork and experiences covering and shooting that historic Space Shuttle mission. He is also an avid nature photographer, specializing in the flora and fauna frequenting the marsh near his home in Malabar, Florida. It is our hope that you will both enjoy and appreciate his photography at Spaceline as Lloyd begins this new chapter in his distinguished career. Three samples of his excellent work follow. 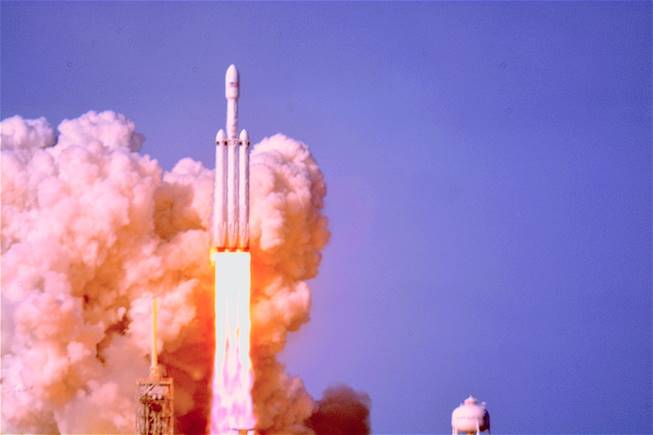 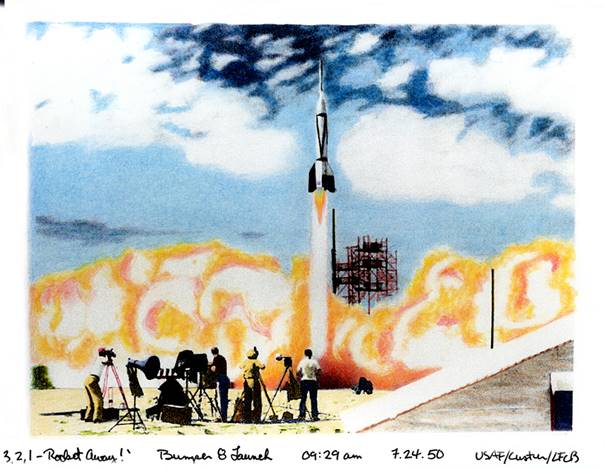 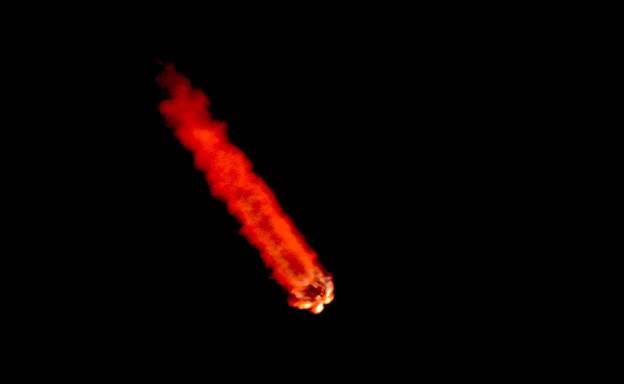 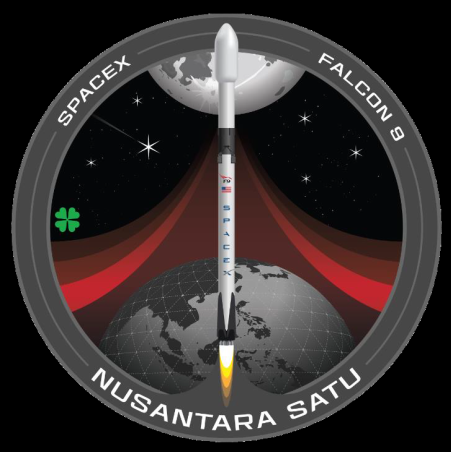 A SpaceX Falcon 9 rocket successfully launched multiple payloads at 8:45 p.m. EST today from Launch Pad 40 on Cape Canaveral Air Force Station. The payloads included the Nusantara Satu communications satellite for Indonesia, the Beresheet lunar lander for Israeli non-profit organization SpaceIL and the S5 space situational awareness satellite for the Air Force Research Laboratory. The Beresheet payload was deployed about 33 minutes after launch, while the Nusantara Satu satellite with its attached S5 satellite was deployed about 44 minutes after launch. The first stage booster employed in today's launch was being flown for the third time. It was flown previously for the Iridium-7 mission in July, 2018 and the SAOCOM-1A mission in October, 2018. Both of these launches were from Vandenberg Air Force Base, California. Today's booster was successfully recovered on the "Of Course I Still Love You" drone ship stationed about 300 miles east of Cape Canaveral. 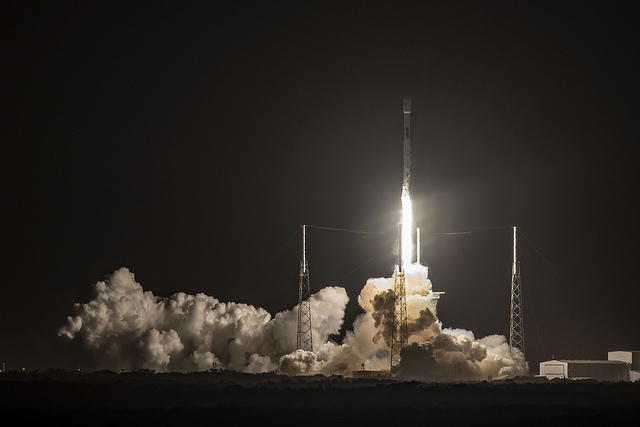 Nusantara Satu, formerly known as PSN-6, is a communications satellite designed and built by Space Systems Loral for PT Pasific Satelit Nusantara (PSN) of Indonesia. The satellite employs solar-electric ion thrusters for orbit raising and conventional chemical propellant for on-orbit stationkeeping. It will be used for voice, video, data and broadband Internet services for the Indonesian Archipelago and Southeast Asia. The satellite has a design life of 15 years. Nusantara Satu weighed 10,439 pounds at liftoff and will be deployed in geostationary orbit at 146 degrees East Longitude about 22,000 miles above Earth. Upon reaching its proper orbit, the satellite will release a secondary payload, the Air Force S5 space situational awareness satellite. S5 weighs 132 pounds and was provided by Applied Defense Systems for the Air Force Research Laboratory. 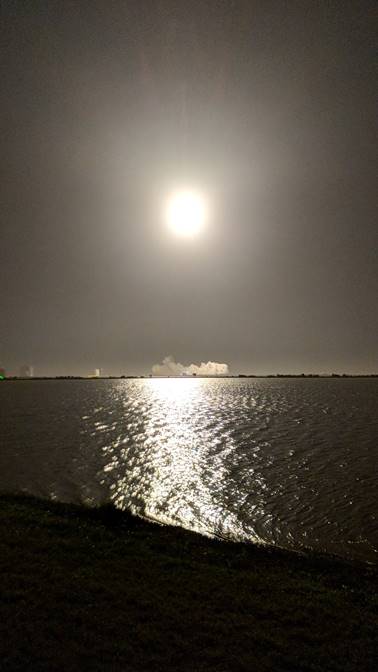 But the star of the mission remains Beresheet, formerly known as Sparrow, an Israeli lunar lander. From Hebrew, Beresheet is translated as Genesis, literally "In the Beginning", and is the only privately funded lunar lander, with Israel becoming the fourth nation after the United States, Soviet Union and China to land spacecraft on the Moon. SpaceIL, an Israeli non-profit organization and Beresheet's manufacturer along with Israel Aerospace Industries, was founded in 2011 to compete in the Google Lunar X Prize (GLXP). 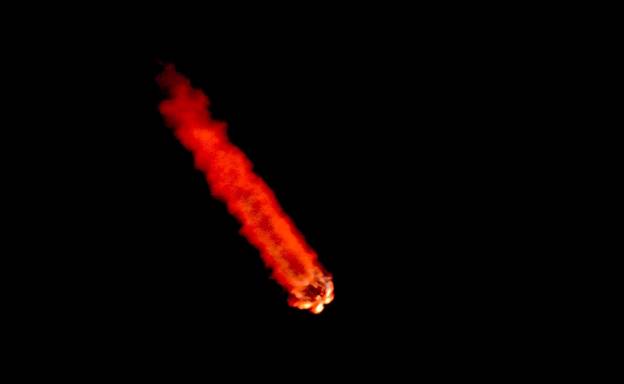 GLXP was intended to provide a $30 million cash prize for any organization capable of landing a spacecraft and performing specific maneuvers on the Moon. Although the contest ended in March, 2018 without a winner, SpaceIL continued to pursue its lunar landing ambitions with private funding. Beresheet weighed about 1,300 pounds at launch and will land on the Moon on April 11, 2019 at Mare Serenitatis. About 6 feet in diameter 4 feet high, it contains a magnetometer and laser retroreflector on a mission which will only last about two days before the spacecraft overheats, as it has no thermal protection. If successful, SpaceIL plans to study the commercial applications for similar lunar landing spacecraft. 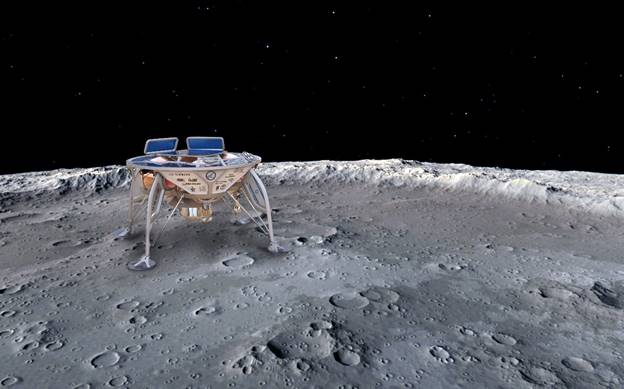