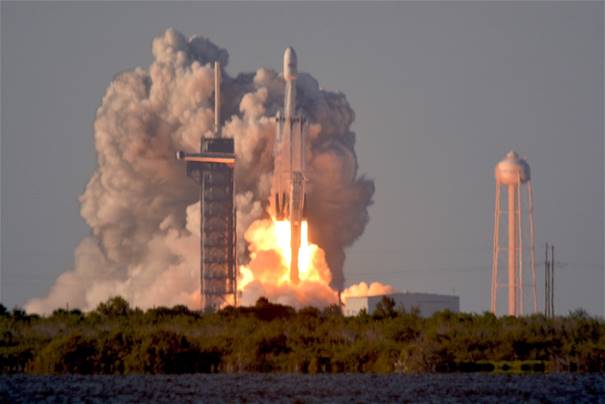 A SpaceX Falcon Heavy rocket has scored a complete success on its first operational mission. The Falcon Heavy launched from Kennedy Space Center Launch Pad 39A at 6:35 p.m. EDT today. Launch was delayed four days due to a number of technical and weather concerns, but today's launch occurred on time with no delays. This was the second launch of a Falcon Heavy, following a demonstration flight in February, 2018. The rocket launched today employed three Block 5 boosters, each being flown for the first time. The two outside boosters successfully landed at Landing Zones 1 and 2 on Cape Canaveral Air Force Station, while the center booster was successfully recovered on the "Of Course I Still Love You" drone ship stationed on the Atlantic Ocean about 300 miles east of Cape Canaveral. 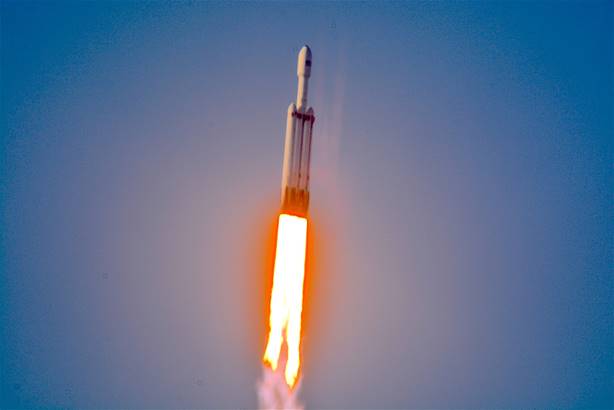 The rocket's payload, the Saudi Arabian Arabsat-6A satellite, was successfully deployed about 34 minutes after liftoff. Seasoned rocket watchers and journalists agree that this was one of the most spectacular launches ever, citing a crystal clear sky, the loud noise of the 27-engine launcher and the landing of the two boosters on the Cape heralded by a total of four deafening sonic booms. This was a major success for SpaceX, which hopes to continue to launch Falcon Heavy rockets on a variety of heavy-lift missions for commercial and government customers. Arabsat-6A, operated by King Abdulaziz City for Science and Technology, is the most advanced communications satellite built by Lockheed Martin. It will be stationed in a geostationary orbit about 22,000 miles above Earth at 30.5 East Longitude. The 14,000-pound satellite will provide television, Internet, telephone and secure communications to customers in the Middle East, Africa and Europe. The satellite has a planned design life of 15 years. 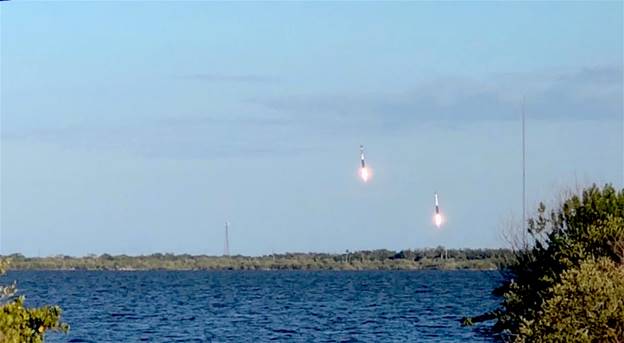 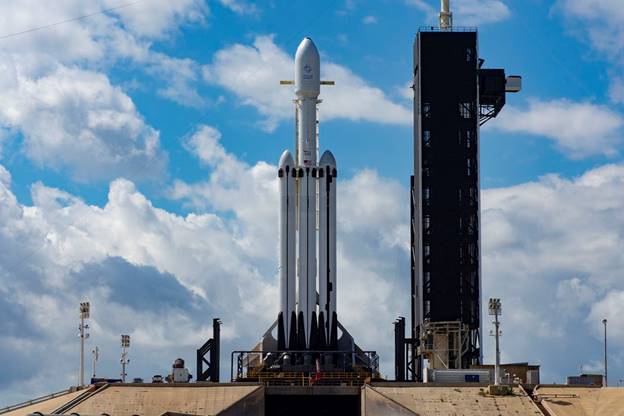 Today's scheduled launch of a SpaceX Falcon Heavy rocket has been scrubbed. Launch was originally scheduled for Sunday, April 7 but slipped to Tuesday, April 9 to allow an increase in the time to complete launch preparations. Launch was rescheduled to today due to a poor weather forecast on Tuesday. Today's launch attempt was the first actual countdown for this mission. The launch window opened at 6:35 p.m. EDT but the launch was postponed to 8:00 p.m. EDT to allow for an increase in the time needed for launch preparations. Launch was ultimately postponed to the close of the launch window at 8:32 p.m. EDT due to unacceptable high altitude winds which would cause strong wind shear capable of tearing the rocket apart in flight. Launch was scrubbed about an hour before the close of the launch window as it became clear that wind conditions would not improve sufficiently to allow a launch today. Launch has been rescheduled for Thursday, April 11 during a launch window which extends from 6:35 p.m. to 8:32 p.m. EDT. This will be the second launch of a Falcon Heavy rocket and its first operational mission, carrying the Arabsat-6A communications satellite for Saudi Arabia.