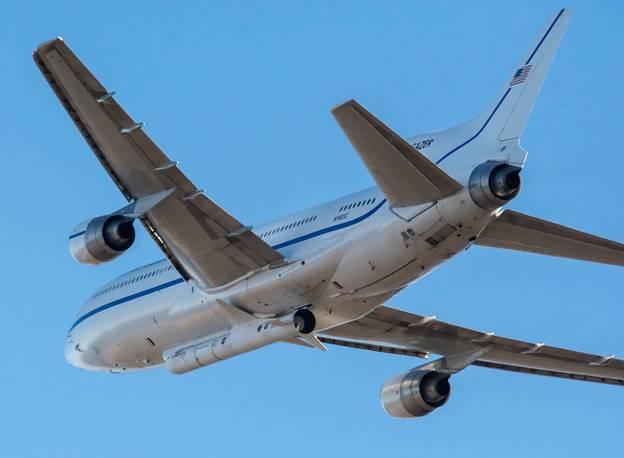 A Northrup Grumman Pegasus XL rocket successfully launched the ICON spacecraft for NASA from a modified L-1011 aircraft dubbed "Stargazer" at 9:59 p.m. EDT tonight. The aircraft was flying at an altitude of about 39,000 feet nearly 70 miles northeast of Cape Canaveral when it dropped the rocket from its belly. After a brief pause leaving enough time for the aircraft to clear away, the rocket fired its first stage motor and began its steep climb to orbit. Launch was delayed nearly two years due to persistent problems with the rocket. The launch was originally set to take place from the Kwajalein Atoll in the Pacific Ocean but was ultimately switched to Cape Canaveral. Tonight's launch was delayed about 30 minutes due to a communications glitch between the aircraft and ground controllers. The aircraft took off at 8:31 p.m. EDT from the Skid Strip on Cape Canaveral Air Force Station. The Ionospheric Connection Explorer (ICON) spacecraft will study changes in a region of the upper atmosphere in relation to space weather, which has the potential of disrupting satellite communications. Study of this region of the upper atmosphere has been difficult, because spacecraft usually can't be deployed at relatively low altitudes and traditional weather balloons can not fly high enough or last long enough to provide useful data. ICON will be deployed at an inclination of 27 degrees at an altitude of about 360 miles and will be able to observe the equatorial region of the ionosphere to as low an altitude of 55 miles, literally the lowest threshold of space. ICON is an Explorer class spacecraft, tracing its name origin back to the launch of the first U.S. satellite, Explorer I, on January 31, 1958. The ICON mission is managed by the NASA Goddard Space Flight Center in Greenbelt, Maryland. 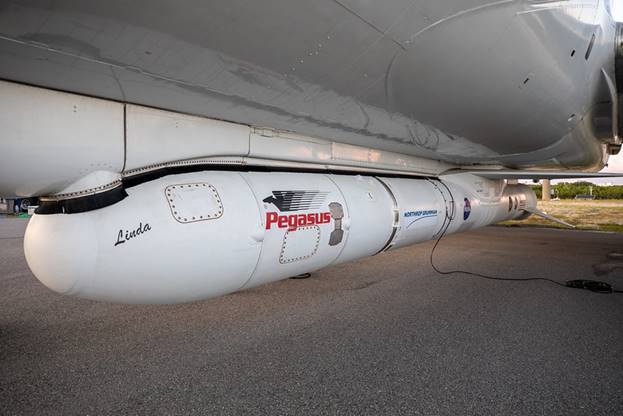