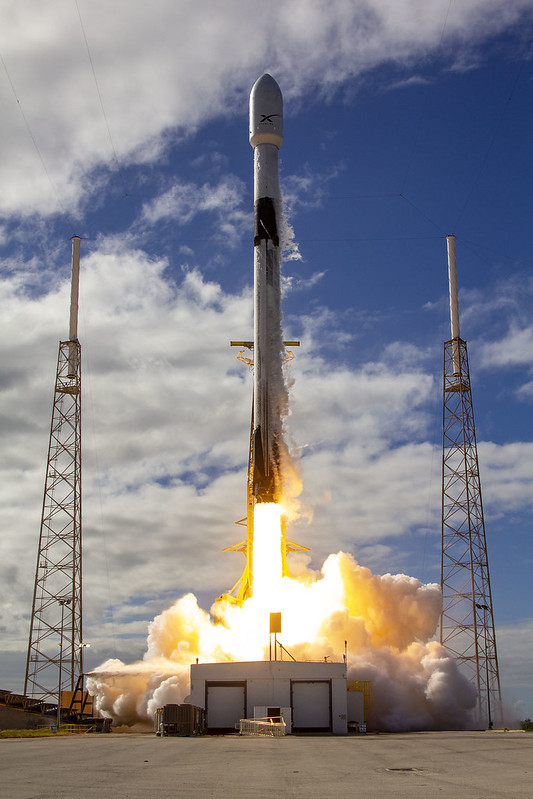 A SpaceX Falcon 9 rocket successfully launched 60 Starlink broadband satellites at 9:56 a.m. EST today from Launch Pad 40 on Cape Canaveral Air Force Station. The Falcon 9 first stage booster employed today was being flown for the fourth time, having been launched previously on the Iridium-7, SAOCOM-1A and Nusantara Satu missions. The payload fairing employed today was previously launched on the Arabsat-6A mission atop a Falcon Heavy rocket. Today's first stage booster was successfully recovered with a landing on the "Of Course I Still Love You" drone ship positioned on the Atlantic Ocean about 400 miles northeast of Cape Canaveral. The 60 Starlink satellites launched today were deployed about an hour after liftoff at an altitude of about 280 kilometers. The SpaceX-owned Starlink constellation is designed to provide space-based broadband Internet service to users throughout the world, intended for those in areas without Internet access or for those seeking an alternative to traditional Internet service providers. SpaceX may ultimately have as many as 12,000 Starlink satellites in orbit, and plans to offer the Internet service to users in the United States and Canada in 2020 and the whole world in 2021. Specifics on the cost of the service and equipment needed to receive it have not yet been disclosed. 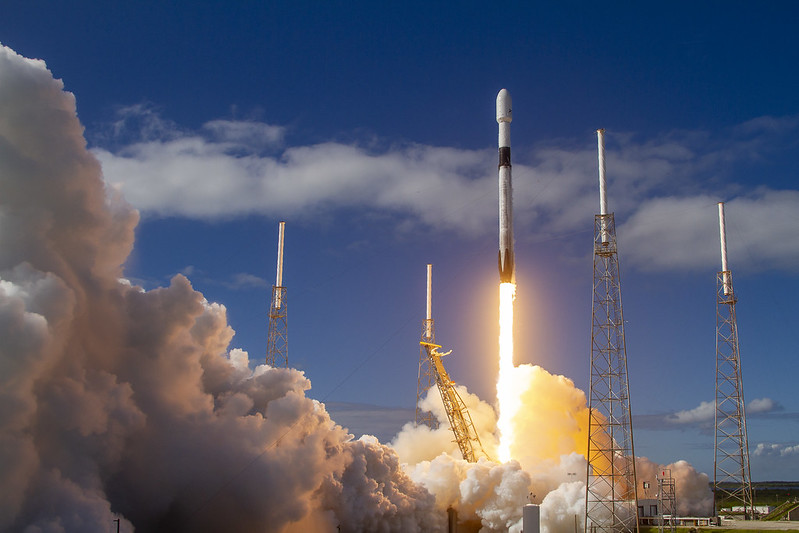