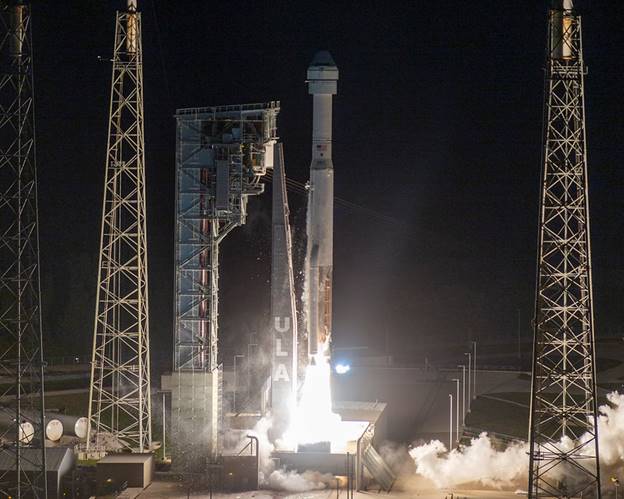 A United Launch Alliance Atlas V rocket successfully launched an unmanned Boeing CST-100 Starliner spacecraft at 6:36 a.m. EST today from Launch Pad 41 on Cape Canaveral Air Force Station. Although the launch phase of the mission was successful, a malfunction of the spacecraft will not allow it to rendezvous and dock to the International Space Station (ISS) as planned. Upon separation from the Atlas V second stage, the Starliner Mission Elapsed Timer (MET) malfunctioned and the spacecraft failed to perform its scheduled orbital insertion burn. Coupled with a gap between data relay satellites and subsequent temporary signal loss between ground controllers and the spacecraft, it became necessary to implement an emergency recovery maneuver to place Starliner in a safe orbit. The burn required to do so used up precious propellent, failing to leave enough fuel to facilitate a planned flight to ISS. 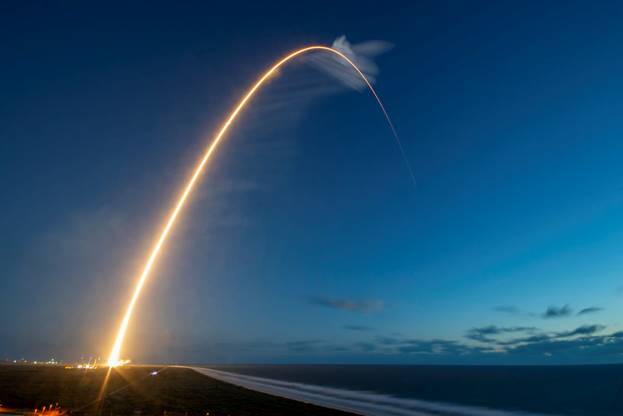 There was reportedly no damage to Starliner, and NASA said that had astronauts been aboard, they would have been fine. Pending weather outlook and further analysis of the MET malfunction, current plans are to bring Starliner back to Earth with a landing at White Sands, New Mexico, on Sunday, December 22. This unmanned Starliner test flight was intended to be the final hurdle before manned flights begin early next year, but NASA Administrator Jim Bridenstine said it is too early to say whether another unmanned Starliner test flight will be necessary before the commencement of manned flights. He noted that had astronauts been aboard Starliner today, they could have manually conducted the orbital insertion burn in lieu of the MET failure and successfully reached ISS. He also acknowledged that the storied Space Shuttle program began without unmanned test flights without sacrificing crew safety. Today's failure will reportedly have no effect on SpaceX, whose Crew Dragon spacecraft is poised alongside Boeing's Starliner in the NASA Commercial Crew Program. SpaceX is working fully independently from Boeing, although Boeing says that if they learn anything from today's failure that may affect Crew Dragon, they will freely share the information with SpaceX. 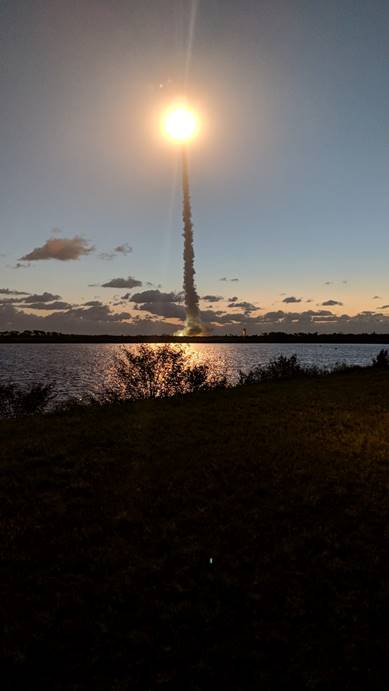 Officials with NASA, Boeing and United Launch Alliance have stressed that this was a test flight, and although Starliner will not reach ISS, valuable data was, and will be, gained despite the failure. Primary successes today include the flawless performance of the Atlas V launch vehicle, which has undergone many important safety and technical modifications specific to the Starliner program. United Launch Alliance says among the primary test objectives of today's flight are to demonstrate the performance of the launch vehicle, including guidance, navigation and control. Starliner was launched without a payload fairing, rather the spacecraft incorporates protective surfaces to prevent damage during ascent and this application functioned as intended. Boeing says much will be learned about Starliner on this flight despite the failure, including valuable information about its performance in orbit and validation of reentry and landing procedures. 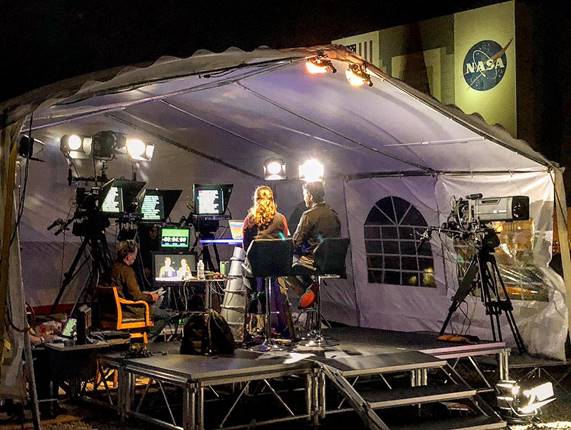 A SpaceX Falcon 9 rocket successfully launched the JCSAT-18/Kacific1 satellite at 7:10 p.m. EST today from Launch Pad 40 on Cape Canaveral Air Force Station. Launch occurred on time with no delays. The Falcon 9 first stage flown today previously supported the CRS-17 mission in May, 2019 and the CRS-18 mission in July, 2019. The first stage booster was successfully recovered on the "Of Course I Still Love You" drone ship stationed on the Atlantic Ocean off Cape Canaveral. The JCSAT-18/Kacific1 satellite was deployed in a geostationary transfer orbit about 33 minutes after liftoff. 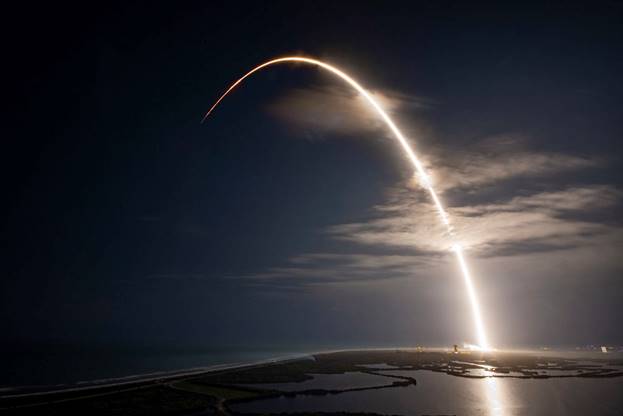 The JCSAT-18/Kacific1 payload, built by Boeing, is a conjoined satellite consisting of two separate components. JCSAT-18 is owned and operated by SKY Perfect JSAT, a Japanese provider of pay television services and the largest satellite communications company in Asia. JCSAT-18 will provide Ku-band coverage for mobile and broadband services in the Asia-Pacific region and the far eastern part of Russia. Kacific1, owned and operated by Asian company Kratos, is a next-generation communications satellite operating in the Ka-band. The satellite is designed to provide previously unserved or underserved populations in the Asia-Pacific region with affordable, high-speed broadband for healthcare, education, government, business and disaster relief applications to stimulate economic growth and greater Internet access. 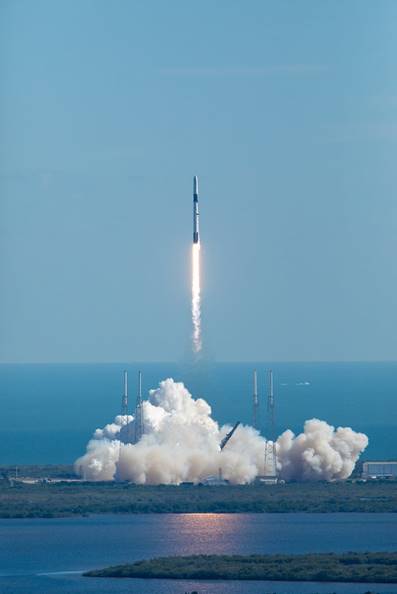 A SpaceX Falcon 9 rocket successfully launched the CRS-19 payload for NASA at 12:29 p.m. EST today from Launch Pad 40 on Cape Canaveral Air Force Station. Launch was originally scheduled for December 4 but was postponed due to unacceptably high upper level winds. CRS-19 consists of a Dragon capsule filled with approximately 5,700 pounds of supplies and equipment bound for the International Space Station (ISS). The Dragon capsule launched today was employed previously on the CRS-4 mission in September, 2014 and the CRS-11 mission in June, 2017. The Falcon 9 first stage employed today was being flown for the first time and was successfully recovered on the "Of Course I Still Love You" drone ship positioned on the Atlantic Ocean about 200 miles east of Jacksonville, Florida. CRS-19, launched under the NASA Commercial Resupply Services contract, will be captured and berthed to ISS on December 8. The Dragon capsule will return to Earth carrying about 3,800 pounds of cargo following a 4-week stay at the space station. 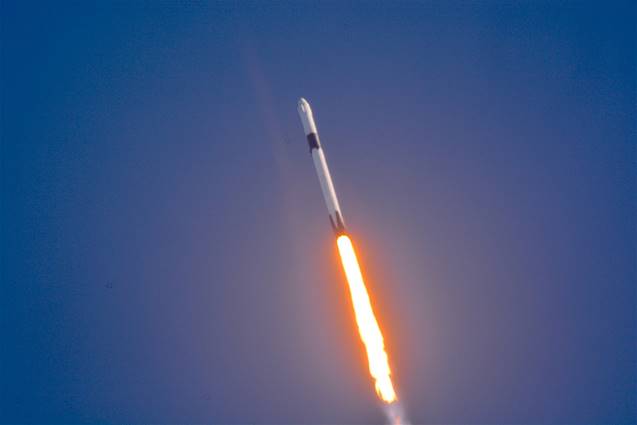 Experiments and payloads carried aboard CRS-19 include the Hyperspectral Imager Suite, a next-generation, hyperspectral Earth imaging system for observations supporting resource exploration and applications in agriculture, forestry and other environmental areas. Mating ABI Voyager Barley Seeds in Microgravity studies how growing barley in microgravity could lead to its adaptation for nutritional use during long-duration space flights. Other experiments include the study of the spread of flames in a number of microgravity environments and a study of genetically enhanced rodents to determine methods of keeping bones and muscles strong in microgravity. An important payload also flown is the Robotic External Leak Locator, a device designed to detect external spacecraft leaks with application not only on ISS but on various other future spacecraft. 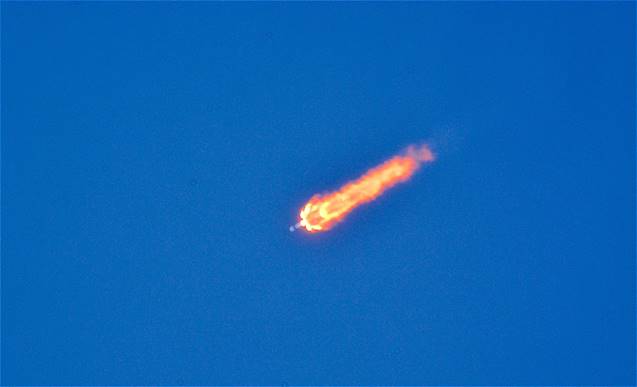