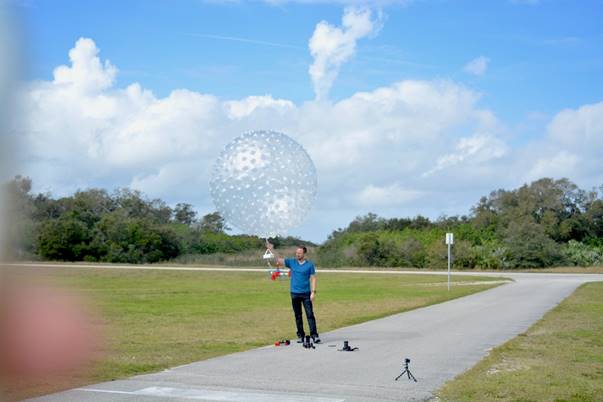 Over the years, weather conditions at Cape Canaveral have been a focal point of launch operations, certainly unacceptable weather has historically been the number one factor when launch scrubs are called. Today, the Air Force gave members of the news media a behind the scenes glimpse at how Cape weather is observed and predicted. Twice a day, at 11:15 a.m. and 11:15 p.m., the 45th Weather Squadron launches its eyes in the sky over Florida's east coast launch facility. They loft two balloons each time for different purposes - an opaque white one that gathers weather information for the 45th Space Wing, and a clear one that serves Cape Canaveral's launch providers. The balloons gather weather information at different altitudes, as they rise through the atmosphere taking measurements that include wind speeds, wind direction, temperature, and barometric pressure to name a few of the categories collected. 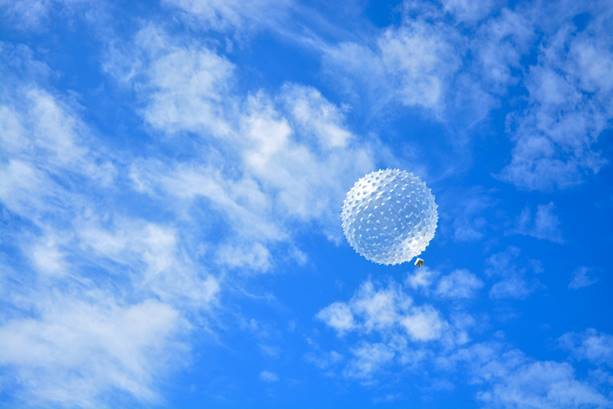 Balloon data information is interpreted by the 45th Weather Squadron, and then passed on to the appropriate parties, according to Capt. Jason Fontenant, Space Weather Operations Flight Commander at the 45th. He said in spite of some changes lately with the advent of new commercial users, and the formation of the United States Space Force, it is business as usual for the 45th Weather Squadron. Mike McAleenan, 45th Space Wing Launch Weather Officer, said changes include now having to forecast weather in the landing area expected for the return of first stage boosters for SpaceX, and soon for Blue Origin, which have added a new portion to the Launch Weather Reports. Poor weather downrange has been causing launch delays for the first time, when previously, only conditions at the launch site would do so, when the launch commit criteria were out of specifications. 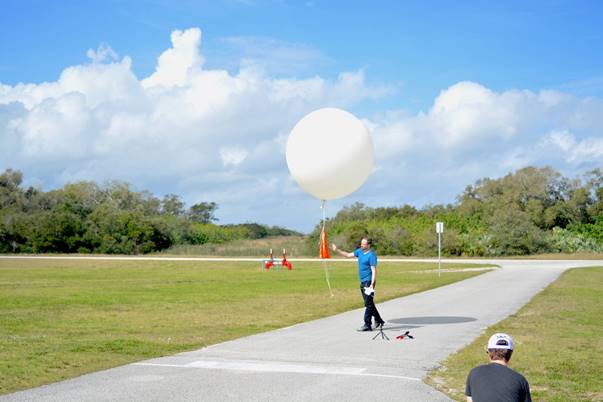 McAleenan also said the Squadron is now adding winds aloft information at launch time to their reporting, although the conditions in the upper altitudes contain so many variables compared to ground conditions, that it is often not possible to predict the probability of launch criteria aloft days in advance, as is possible with conditions expected on the ground at the launch site. The 45th also uses a civilian aircraft aloft, either a Lear Jet or Citation, to add real time visual information to relay to forecasters on the ground, for another reality check of conditions at the time of launch. Weather forecasting and prediction is never an easy process, but the Air Force makes it look so, working daily to ensure that both launch and flight operations continue both smoothly and safely. Note: Lloyd Behrendt's father was the Air Force Weather Officer for the very first rocket launch from Cape Canaveral, that of Bumper #8, on July 24, 1950. As we prepare this year to celebrate 70 years since that historic launch, Lloyd remains proud of his unique weather legacy as he continues to photograph launches and cover activities for Spaceline, in so recognizing the vital mission of the 45th Weather Squadron and the pioneering work of weather experts like his dad. 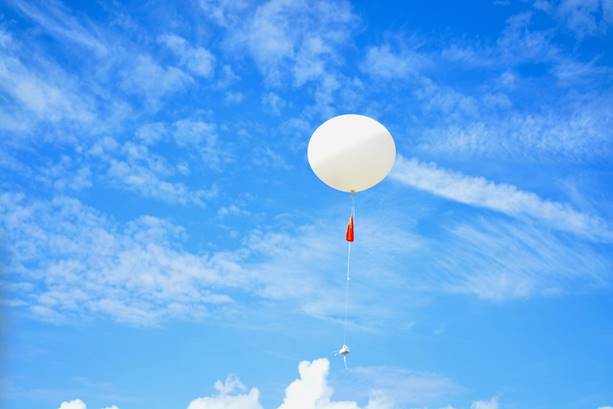 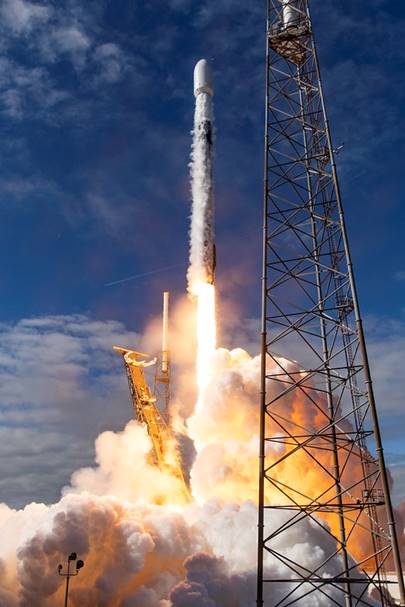 A SpaceX Falcon 9 rocket successfully launched 60 Starlink broadband satellites at 10:05 a.m. EST today from Launch Pad 40 on Cape Canaveral Air Force Station. Launch was delayed several days due to high winds and seas in the booster recovery area. The first stage booster employed today was being flown for the fourth time, having flown previously for the CRS-17 mission in May, 2019, the CRS-18 mission in July, 2019 and the JCSAT-18/Kacific 1 mission in December, 2019. This marked the fastest re-flight of a flown Falcon 9 first stage booster to date. Booster recovery on the "Of Course I Still Love You" drone ship positioned on the Atlantic Ocean about 400 miles northeast of Cape Canaveral was not successful, as the booster missed the vessel and made a soft landing in the water. This was the first unsuccessful at-sea booster recovery attempt since 2016. Attempts to catch the payload fairing halves on the "Ms. Tree" and "Ms. Chief" vessels were also unsuccessful. 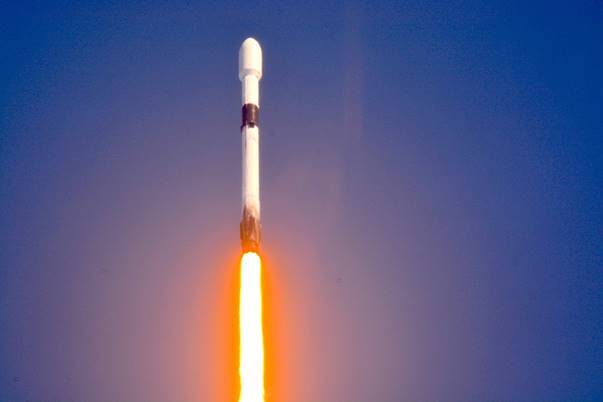 Starlink is a SpaceX owned and operated constellation of broadband satellites intended to provide space-based Internet access to unserviced areas or as an alternative to traditional Internet service providers. This was the fifth batch of 60 Starlink satellites launched to date, bringing the total number of Starlink satellites in orbit to 302, including two prototype satellites launched in 2018. In a departure from previous Starlink launches, today the satellites were deployed about 15 minutes after launch, as opposed to about an hour after launch in previous missions. In addition, the satellites were deployed all at once, rather than individually or in pairs as in previous missions. The satellites were also deployed at a lower orbit, facilitating an easier flight profile employing just one second stage engine burn as opposed to multiple burns in previous missions. SpaceX hopes to have the Starlink Internet service operational for users in the United States and Canada later this year, and operational for the entire world some time in 2021. 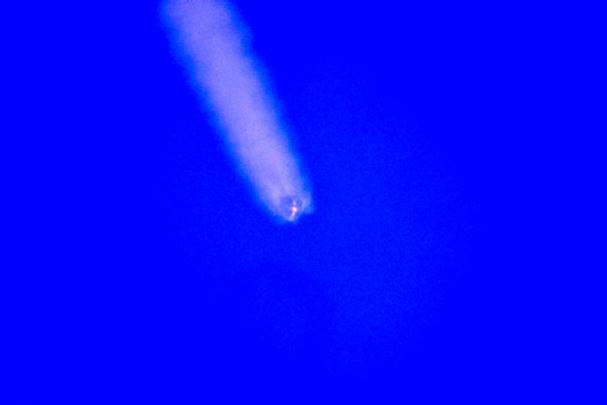 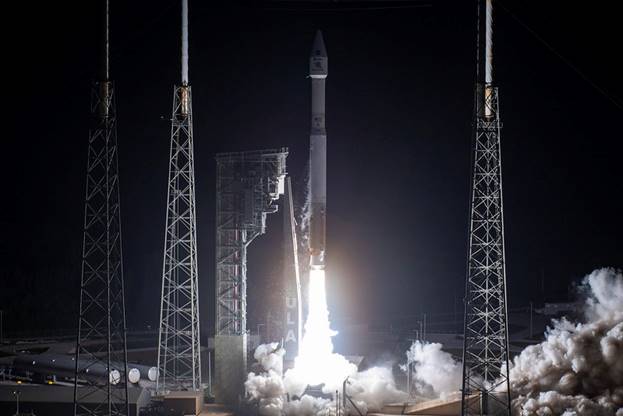 A United Launch Alliance Atlas V rocket successfully launched the Solar Orbiter spacecraft at 11:03 p.m. EST today from Launch Pad 41 on Cape Canaveral Air Force Station. The launch was delayed about a week to allow troubleshooting as to why one of the rocket's umbilical connections broke during a countdown demonstration test. Today marked the first official countdown, and the launch occurred as scheduled with no delays. The Atlas V rocket was launched in the 411 configuration, featuring a four-meter payload fairing, one solid rocket booster and a single-engine Centaur second stage. The rocket performed flawlessly during the launch. 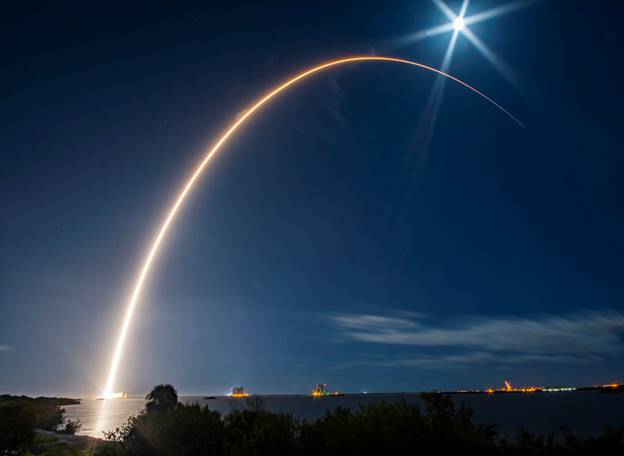 Solar Orbiter represents an international collaboration between NASA and the European Space Agency (ESA). It is a mission to perform an up-close survey of the Sun. The spacecraft has a suite of ten instruments, designed to capture the first images of the Sun's north and south poles and provide unprecedented, detailed measurements intended to answer still existing fundamental questions about our closest star, centering around the Sun's activity and cycles. It is hoped that the spacecraft will ultimately aid in the study and prediction of space weather, which can not only affect Earth, but also planned robotic and human space missions far from our planet. 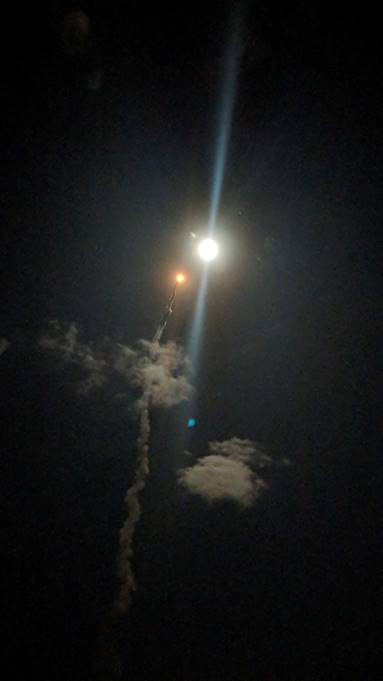 Solar Orbiter's destination is a little explored region of the inner heliosphere within the orbit of the planet Mercury. It should travel to within 26 million miles of the Sun, in terms of solar science an extremely close vicinity. During a planned seven-year mission, Solar Orbiter will be positioned at an orbital inclination of between 24 and 33 degrees, not only allowing it to view the Sun's north and south poles, but also to view the far side of the Sun. Solar Orbiter will work in conjunction with the previously launched NASA Parker Solar Probe to provide a never before seen global view of the Sun. 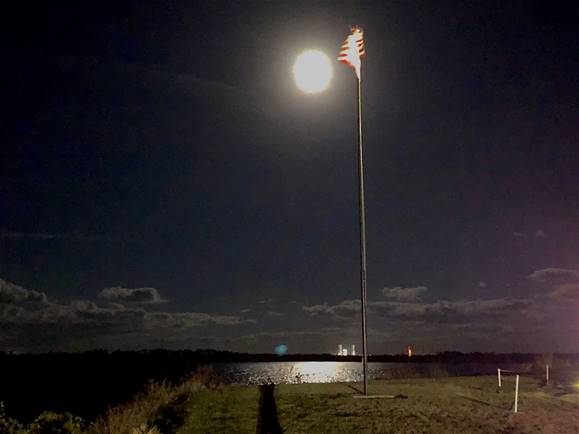