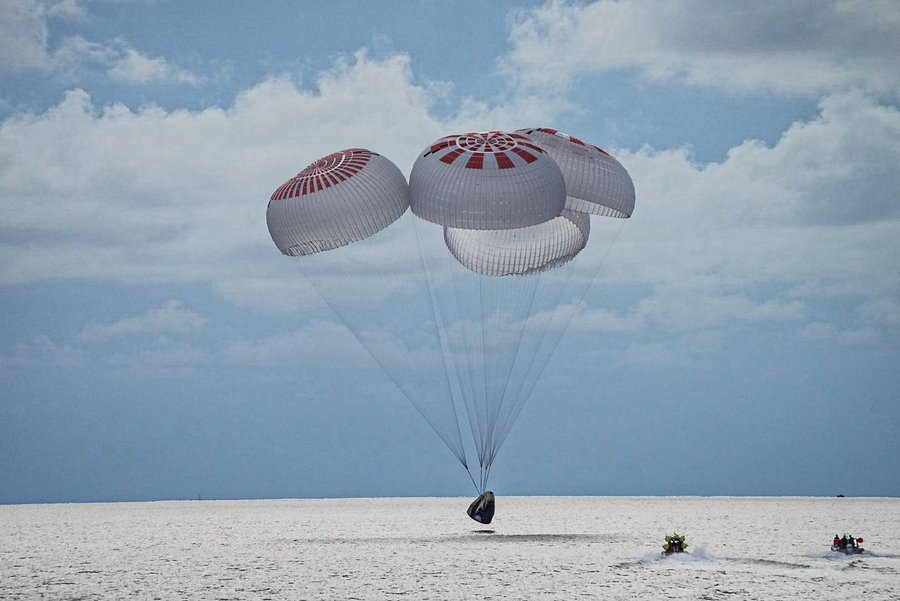 The historic Inspiration4 mission ended with an Atlantic Ocean landing northeast of Cape Canaveral at 7:06 p.m. EDT today. The mission lasted about an hour shy of three full days and brought to a close the first all-civilian orbital flight. Astronauts Jared Isaacman, Hayley Arceneaux, Chris Sembroski and Dr. Sian Proctor appeared to be in good spirits and health following egress from the Crew Dragon "Resilience" spacecraft less than an hour after splashdown. In addition to supporting a number of experimental observations, the Inspiration4 mission was intended to raise $200 million in donations for St. Jude Children's Research Hospital. Isaacman himself donated $100 million in addition to the $200 million he provided to fund the Inspiration4 flight and another approximately $50 million was donated by the public and corporate interests as of splashdown. The next manned Crew Dragon flight is scheduled for October 31, 2021 on a mission designated Crew-3. This, however, will be a NASA-sponsored flight to the International Space Station. 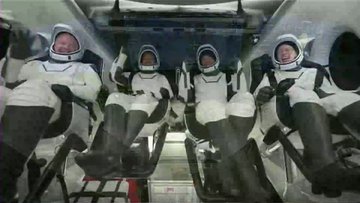 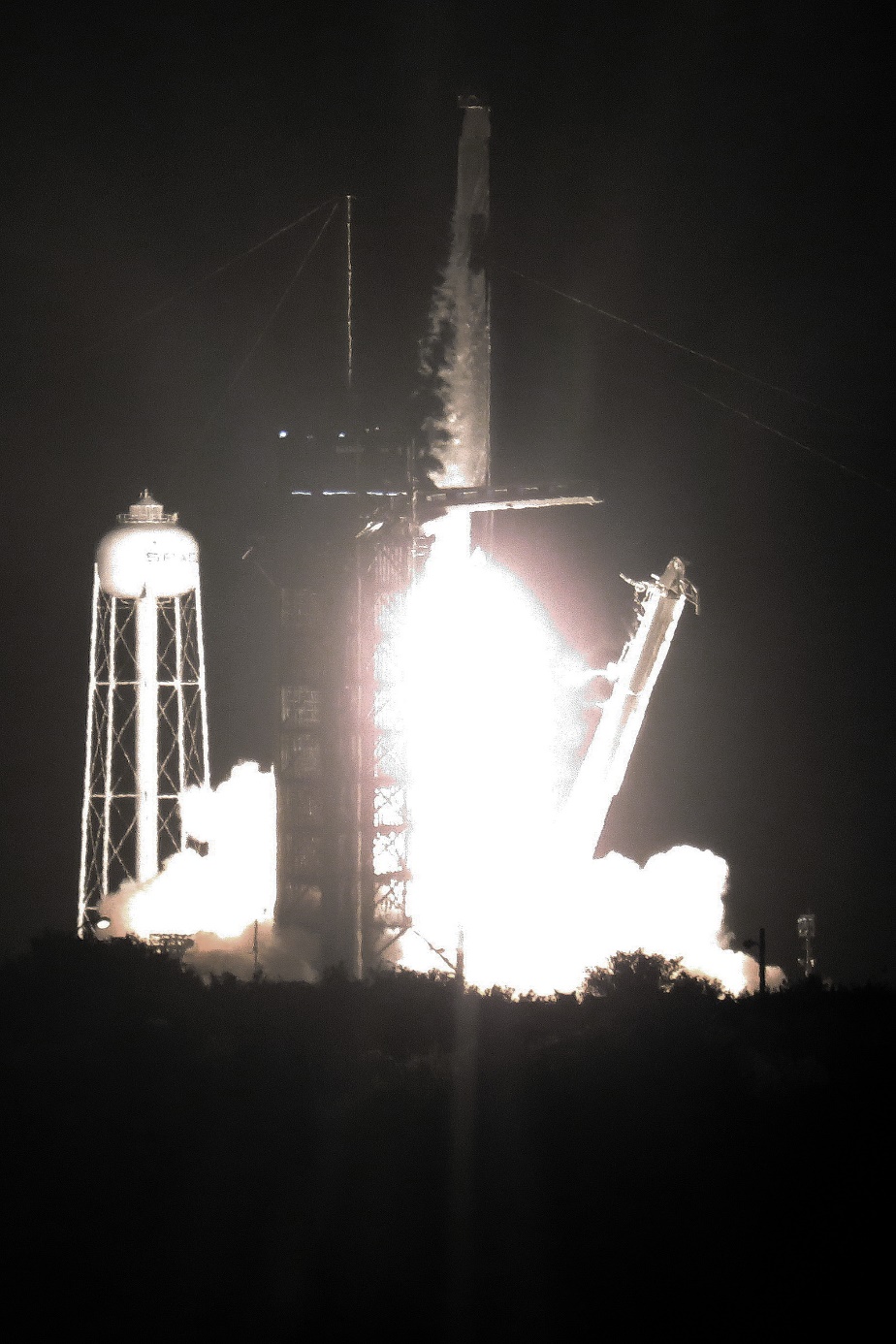 A SpaceX Falcon 9 rocket successfully launched the Inspiration4 mission at 8:02 p.m. EDT today from Launch Pad 39A at the Kennedy Space Center. Launch was delayed one day due to unspecified reasons. The first stage booster employed today was being flown for the third time, having previously supported the GPS III-SV04 mission and the GPS III-SV05 mission. The booster was successfully recovered today with a landing on the "Just Read the Instructions" drone ship positioned on the Atlantic Ocean a few hundred miles northeast of Cape Canaveral. The Crew Dragon spacecraft, named "Resilience", was being flown for the second time, having previously supported the Crew-1 mission. Atmospheric conditions for this post-sunset launch produced a dazzling display of pastels in the night sky that was visible for miles around. 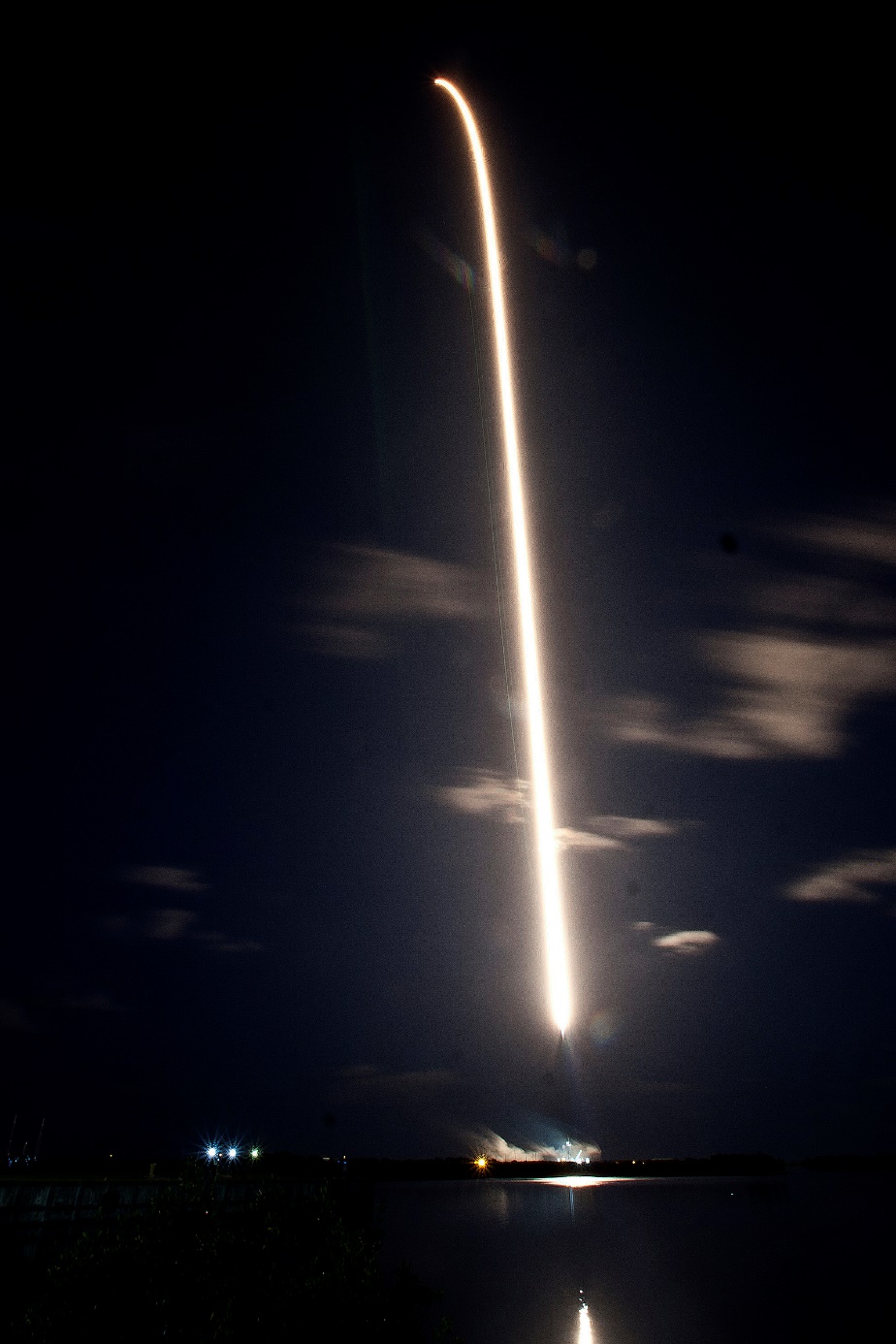 Inspiration4 is the world's first all civilian manned mission to orbit Earth. The Crew Dragon spacecraft will orbit Earth for three days before being recovered off the coast of Florida either on the Atlantic Ocean or Gulf of Mexico depending on weather conditions. Recovery is tentatively scheduled for about 7:00 p.m. EDT on Saturday, September 18, 2021. The spacecraft is expected to cover over 90% of the planet's population. Named in recognition of the four-person crew who will raise awareness and an estimated $200 million for St. Jude Children's Research Hospital, Inspiration4 represents a new milestone and a new era for human spaceflight and exploration. The crew will be conducting a variety of experiments designed to expand our knowledge of spaceflight. Crew Dragon has a 365-pound cargo capacity which will carry crew essentials and scientific equipment dedicated to microgravity research and experimentation. 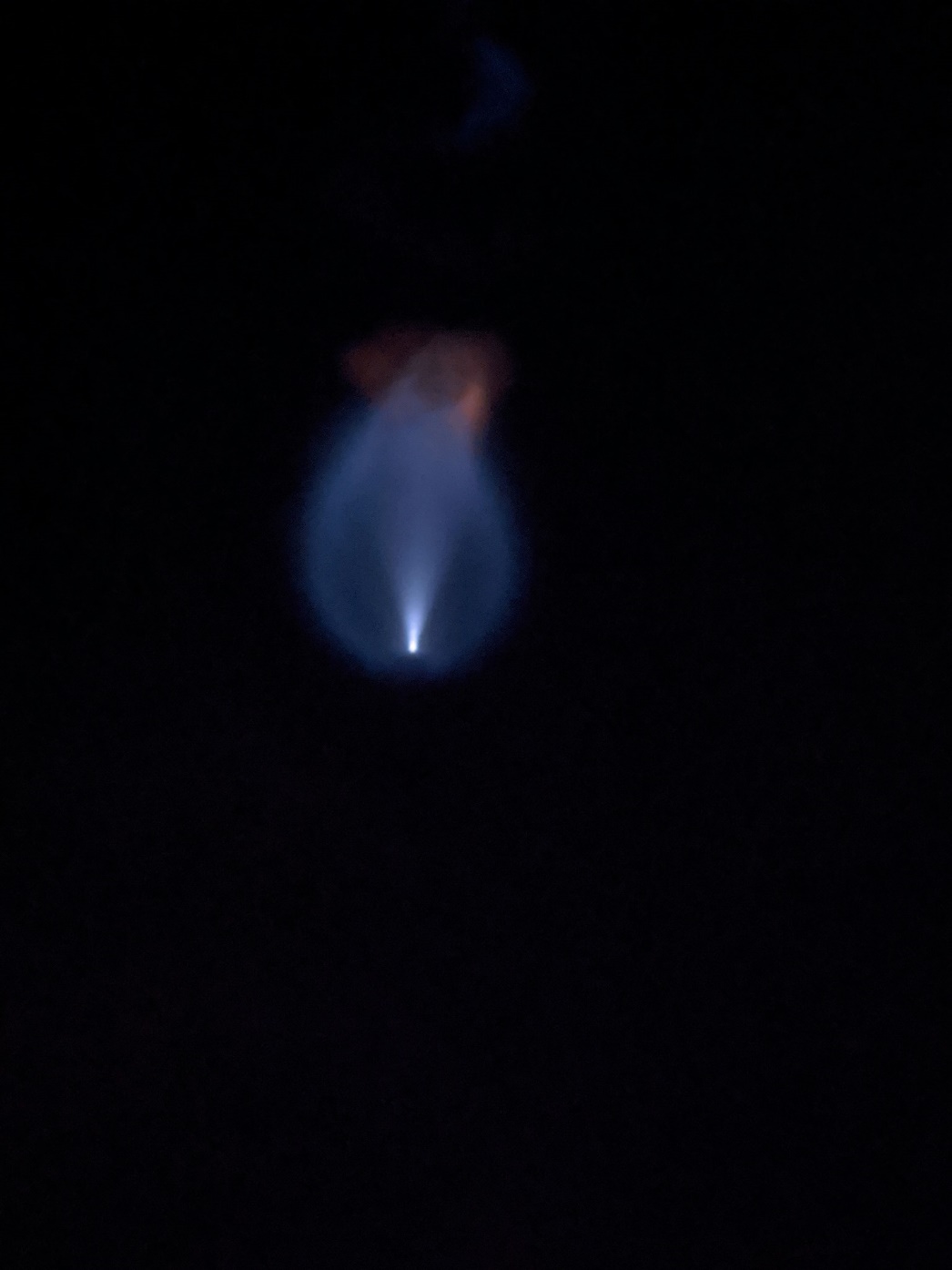 The Inspiration4 crew consists of Jared Isaacman, Hayley Arceneaux, Chris Sembroski and Dr. Sian Proctor. Jared Isaacman is the Inspiration4 Commander and Benefactor. The billionaire provided about $200 million to fund this mission and was instrumental in selecting his crewmates. Isaacman is the founder and CEO of Shift4 Payments, a payment processing company. An accomplished jet pilot, he is rated to fly commercial and military aircraft. 29-year old Hayley Arceneaux is the youngest person to orbit Earth and is the Inspiration4 Medical Officer. Arceneaux is a bone cancer survivor who was treated at St. Jude Children's Research Hospital at age 10. With her chemotherapy and limb-saving surgery completed, she is thriving and currently works at St. Jude as a Physician Assistant. She will be performing medical experiments while in space, including testing a cure for space sickness. 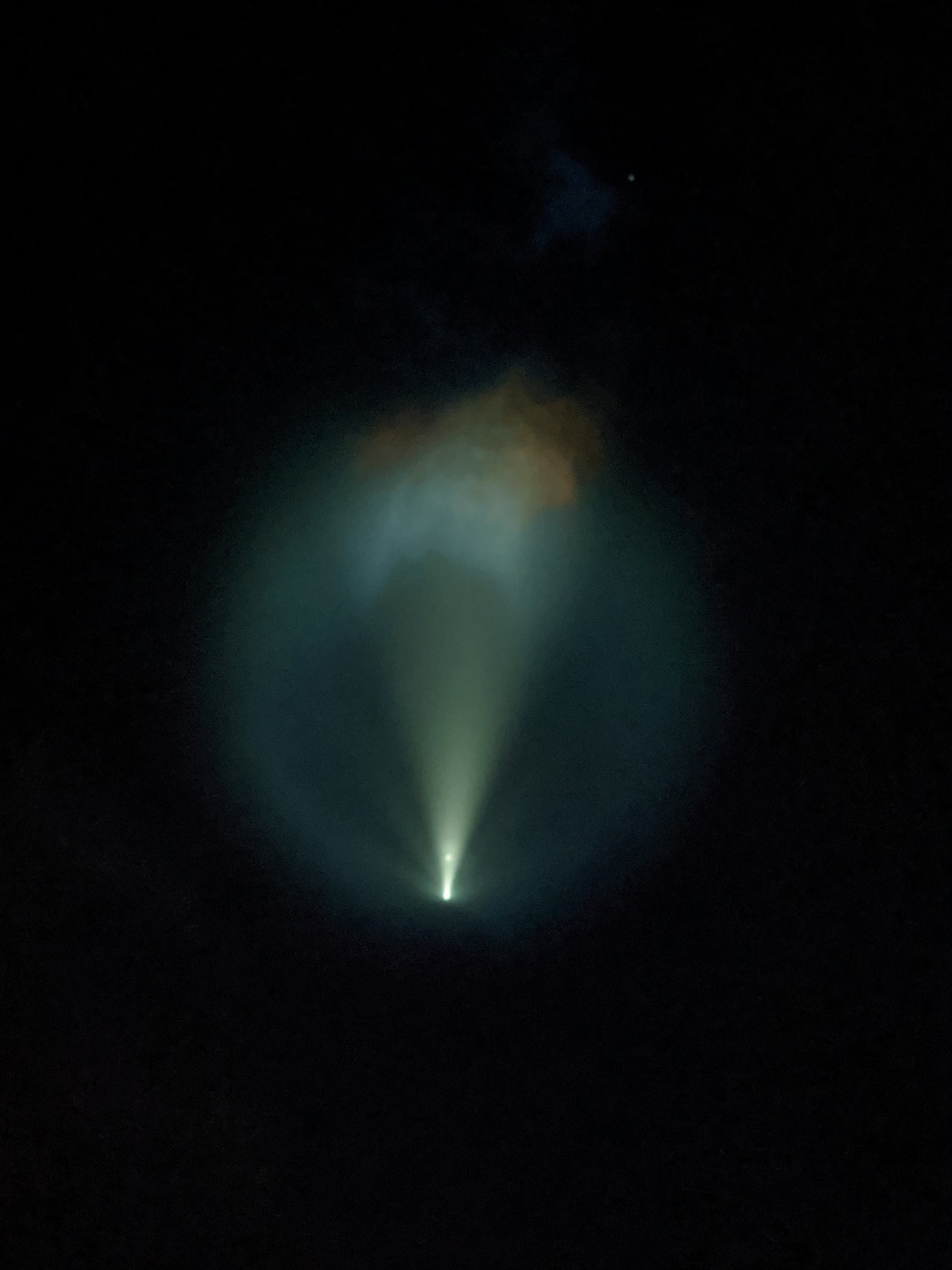 Chris Sembroski is the Inspiration4 Mission Specialist. A veteran of the U.S. Air Force, Sembroski earned a Bachelor's Degree in Professional Aeronautics from Embry-Riddle Aeronautical University. In his professional career in the aerospace industry, he has sought to create innovative methods to monitor and maintain mechanical equipment. Dr. Sian Proctor is the Inspiration4 Pilot, Scientist and Educator. Proctor has been a geoscience professor at South Mountain Community College in Phoenix, Arizona for over 20 years. She is currently on reassignment as the Open Educational Resource Coordinator for the Maricopa Community College District. She holds at Bachelor's Degree in Environmental Science, a Master's Degree in Geology and a Doctorate Degree in Curriculum and Instruction Science Education. 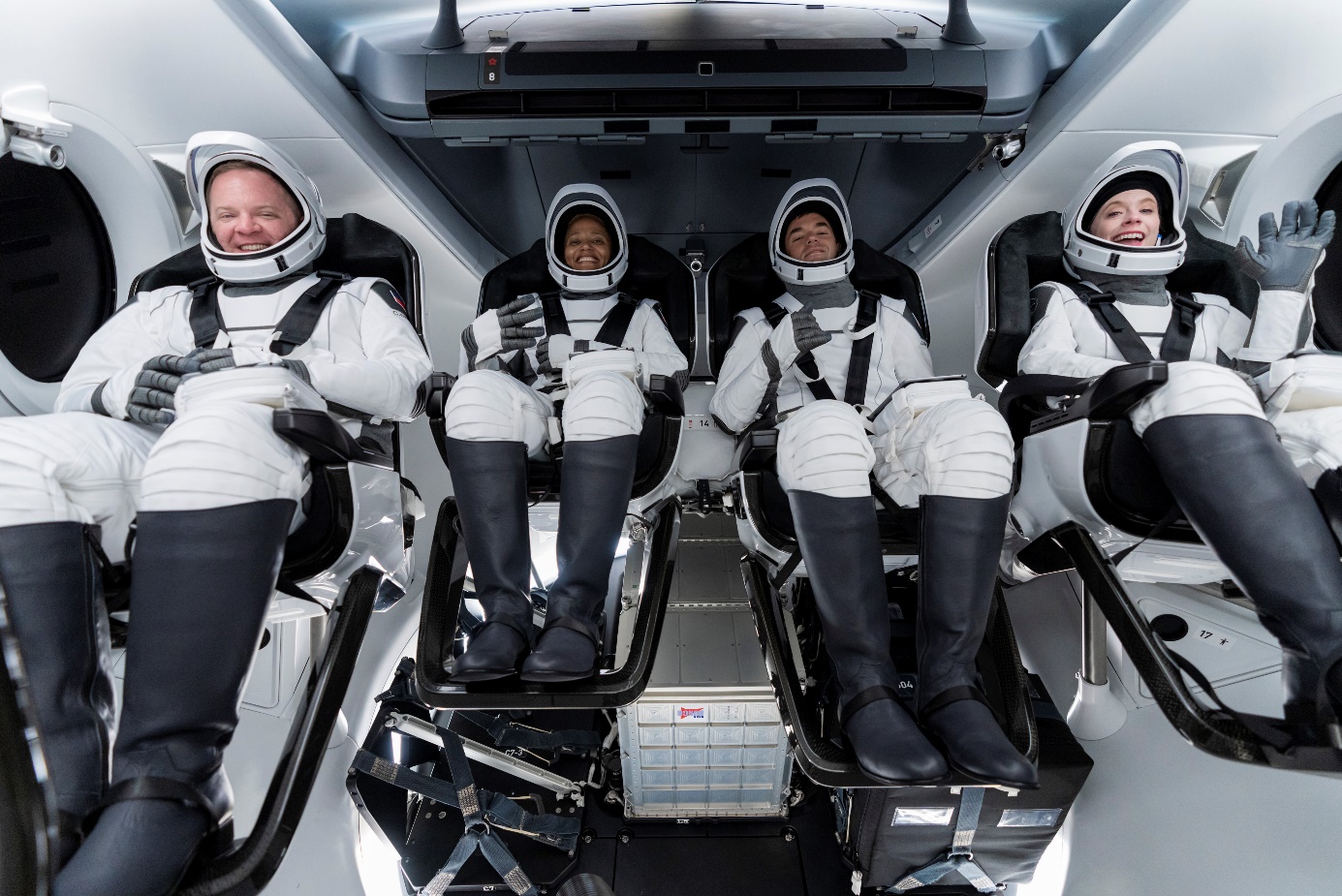